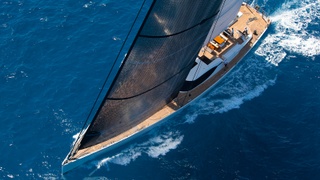 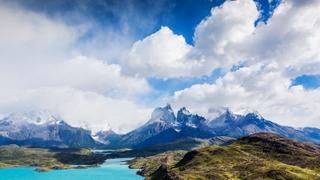 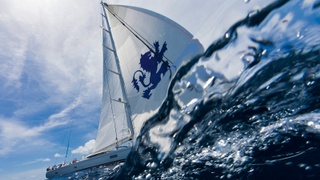 Some people buy a boat just for glamour or racing. Others buy a yacht to embark on the voyage of a lifetime. The owner of 45 metre superyacht Salperton (now Palmira) talks to Sam Fortescue about his epic adventure in Patagonia.

Having owned large sailing yachts for 21 years, Barry Houghton knew exactly what he wanted when he commissioned Salperton. On delivery in 2009, the 45-metre sloop was already prepared for high latitudes, with extra heating, vast tankage (22 tonnes of fuel and 12 tonnes of water) and eight freezers for extended cruising.

Houghton spends 16 to 20 weeks per year on board, and was longing to see Chile and the Falkland Islands. “I’d lived in Verbier, Switzerland, for 21 years, so I love mountains. I wanted to go trekking first of all, so I combined that [at Torres del Paine National Park] for three weeks prior to meeting the boat.”

He joined ship in Punta Arenas, after the yacht’s demanding downwind run from New Zealand. “We underestimated the Roaring Forties – 24 days when the crew saw no one and nothing. In that time, they had hardly any sail up; running downwind with just a small staysail, hitting 25 knots – they must have been close to broaching many times.”

Obtaining their cruising permit from the Chilean authorities, the first thing they had to do was to mend their blown-out mainsail in a makeshift tent on the commercial dock. But the weeks of cruising that followed were sublime, in good conditions, Houghton remembers. “I didn’t fill the boat with guests. The only people who came on were good friends I knew well.” They cruised from anchorage to anchorage with a guide – a Yorkshireman who had worked with famed sailor Skip Novak for many years. They’d often hike for hours, revelling in the wildness of the Beagle Channel.

With little love lost between Argentina and Chile, it was essential to stay in permitted waters – the more so because Houghton wanted to continue on to the Falklands.

The highlights of the trip? “We had a close-range encounter with a condor,” he says. “It flew within 20 metres of us; it had absolutely no fear. Also, the drama of the glaciers, without any shadow of a doubt. And having the ability to hike in absolute nature, with no one and nothing around. Just the pure splendour of nature, the remoteness and the silence.”

Exotic journeys with your superyacht