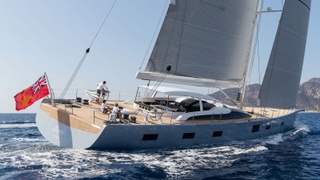 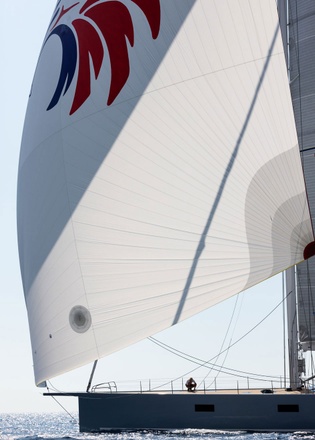 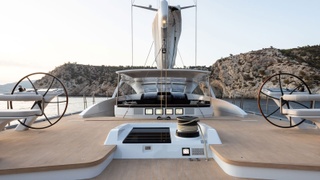 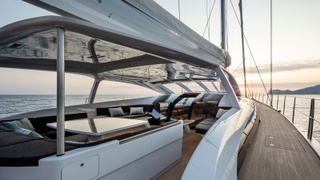 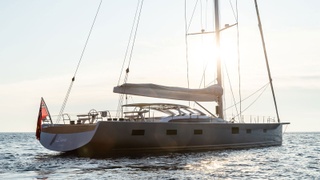 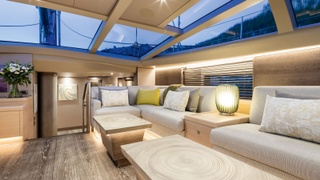 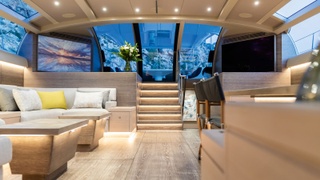 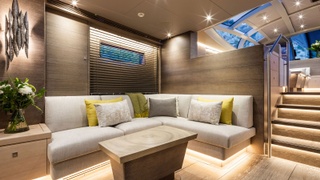 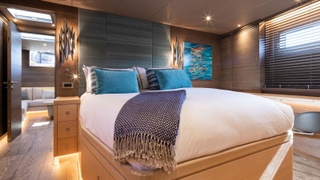 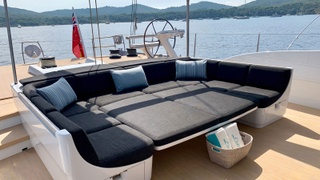 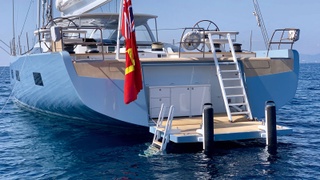 Custom sailing yachts are the jewels of the superyacht world, precious as diamonds and rare as perfect rubies. Their commissioning owners tend to be highly knowledgeable, experienced sailors who engage enthusiastically with the build process. Such is the case with the owner of the 34-metre Baltic YachtsLiara, who acted more like a partner than a client in the R&D of this new yacht.

“I come from a boating family: my father was a working boat man and a marine engineer,” Liara’s owner says. “I was also a marine engineer in my younger days. I purchased my first yacht, a Nicholson 32, in 1982 and progressed to racing boats, culminating in a 15-metre IMS/CHS raceboat designed by Malcolm McKeon in 1993.” That yacht, Eagle, was, he says, “great fun and a successful campaign”.

In recent years, the owner’s taste has shifted to cruising. In 2002 he built a 19.8-metre in New Zealand, happy to take advantage of the favourable exchange rate, and in 2009 returned to New Zealand for the previous Liara, a 30.5-metre with a Bill Dixon design built in carbon by Southern Ocean Marine.

With his new boat, the owner wasn’t looking to rearrange the world, just combine the space and technology of a fast cruising yacht with one more cabin and a smoother transition from deck saloon to cockpit. He began conceptualising the boat in 2015, working with McKeon after he established his own studio.

“In one of our first meetings he said he was looking to build a performance cruiser to take his wife around the world,” McKeon recalls. “He wanted a boat that did not require a lot of crew and our target was 110ft [33.5 metres]. Then we began defining performance, and the length grew and its weight shrank.” The prime drivers for the slight increase in length were a retractable propulsion system and a telescoping keel, both of which impact engine room space. The goalposts moved again when the owner decided he would also participate in the odd regatta. All this development and a strict weight budget were established prior to a yard contract. Along with the naval architect, Liara’s owner engaged Sebastian Allebrodt of A2B Maritime as project manager and found his contribution “invaluable”.

Regatta performance, light weight and advanced carbon composite construction can be at odds with typical ideas for a comfortable world cruiser, especially one on which reduced noise is among the prime directives. One of the ways the team brought all three of these goals into sync was with the selection of a retractable propulsion system (RPS).

While it is being operated there is no vibrating propeller shaft; the rotating drive leg eliminates the need for a stern thruster, and, fitted with a generator/alternator, it eliminates the need for a second diesel gen set and a second gearbox. The engine is a modest 317kW Caterpillar C7.1 mounted off-centreline which drives the RPS through a 90-degree bevel gear shaft. It rises into the engine space when not in use, and the reduction in drag is particularly noticeable in light airs when performance gain can be as much as one knot of speed.

“We spent some time with Cape Horn [Engineering], North Technology Group and Malcolm in the beginning to refine the design,” the owner says. “They were all instrumental in optimising design and put performance gains into numbers that translate to owners – half a day quicker on the transatlantic, for example. The balance between weight and comfort on a boat like this is very owner-specific. We have taken weight savings where we can but tried not to be blinded by the weight when striving to create a quiet and comfortable boat.

“She needed to be competitive under superyacht rules, but also enable me to travel worldwide with all the luxuries of home. The compromise between cruising comfort and weight savings is always a tricky one, but so far we are happy with all the choices we have made.”

Among the things that makes Liara a cruising delight are batteries that silently supply all the household power, even air conditioning, for eight hours. Three banks of 35kW lithium-ion batteries linked to the yacht’s high-voltage DC electrical system are encased under the snug or media room. A floor hatch and a soft patch in the deck make them easily removable. The high-voltage system and a clever hydraulics package require smaller diameter pipework and lighter electrical cabling, saving weight, as do the carbon fibre cable trays and titanium deck hardware.

On average, says Henry Hawkins of Baltic, titanium is 40 per cent lighter but 30 per cent more expensive than stainless steel, and complex shapes can require more time to weld.

A major engineering challenge for the yard, Hawkins says, was the juxtaposition of the hull aperture for the RPS and the telescopic keel, a project that took the team eight months to engineer, according to Baltic’s veteran in-house project manager Tommy Johansson. While a telescopic keel won’t drop as deeply as a lifting keel in the same size yacht, it offers the benefit of not protruding into the living spaces. Typically, when the lower and heavily weighted portion of the keel slides down from the upper section, there is a difference of circumference or step that creates a bit of turbulence. In order to prevent this from happening on Liara, Baltic created a thin carbon sleeve that drops down with the lower portion of the keel to present a smooth one-piece profile to the water. The keel and its attachment to the yacht are quite substantial, and McKeon notes the boat can actually rest on it without a special cradle.

Liara’s mast and sail wardrobe were developed in co-operation with Southern Spars and North Technical Group using a virtual wind tunnel testing programme. A square-topped mainsail boosts available area, and the yacht has a big choice of code and asymmetrical sails and a jib that sheets via three hydraulic rams. A barcoding system makes the positioning of the sail repeatable from tack to tack. Another ram helps tune the mast. Hawkins says among the innovations developed for Liara are under-deck bins for flaking and stowing the headsails and the fact that the winches and the tails of the halyards and sheets are hidden below deck for safety. It’s a remarkably smooth and clean look.

The most notable technology, however, is Liara’s hardtop bimini, which is completely removable, windscreen and all, for racing. The rigid hardtop was a must from the start, Liara’s owner, who is retired, notes. “I wanted to create a safe and comfortable cockpit for myself and my wife to enjoy as we get older. The decision to make it removable was also made very early on, so we can open the boat up when in race mode.”

When it came to the decor of his world cruiser, the owner’s tastes run to the uncomplicated. “I had seen a magazine article of [2013 32.6-metre Baltic] Inukshuk and then went to tour her in Antigua,” he says. “I was so impressed with the interior that choosing Adam Lay was an easy choice.”

The owner was after a Channel Islands feel, the designer says. Lay started with the selection of stained, brushed, limed and varnished oak. Its multi-faceted surface tested the yard, he says. “I was trying to develop as much texture and interest as I could within what was possible with the weight budget.” Liara’s owner was also interested in more practical fabrics. “The overheads are Majilite instead of French fabrics,” Lay notes. Wood and stone veneers are applied over lightweight carbon, epoxy and foam core substrates. “The heaviest piece is the mattress in the master suite.”

The brief included a request for natural colours and some bright accents to warm them. Guernsey-based artist Valerie Travers created sunrise and sunset pictures that bring yellows and oranges into the mix. Furniture shapes are rounded, and with the open-grained and lightly varnished textures, the interior presents a comfortable weathered feel. Intensely practical, the owners pushed the design and build team to find space for stowage, including inside the bases of the coffee and dining tables.

The yard made full-size mock-ups of all the important areas and the deck and cockpit, which helped squeeze every bit of space from voids. “It helped us tweak the designs and work with the composite engineers to make the interior as tight to the structure as possible,” McKeon says.

With the extra length over the previous Liara, the owner was able to fit guest quarters aft of the saloon. While he likes the privacy of a forward master cabin, he has the option of an aft cabin for passage-making.

Now retired, the owner was preparing for the Canaries-to-Antigua passage when we met for this article. The plan is to spend the winter cruising and racing in the Caribbean and then sail to New Zealand for the America’s Cup. “It was important that the crew area was well proportioned and we could use it easily with up to 11 on during deliveries,” he says. “Modern hull design with increased beam carried further aft means the aftship in the new boat is very spacious and has achieved everything we wanted it to [have].”

Liara is definitely a sparkling gem, poised to go circling the globe as the latest generation multi-purpose superyacht.