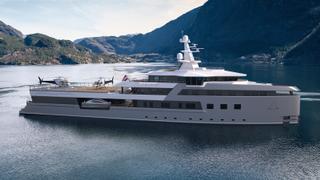 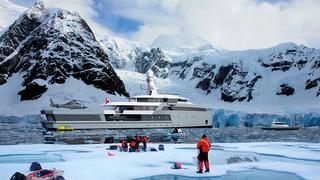 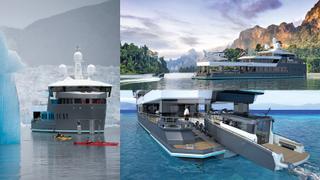 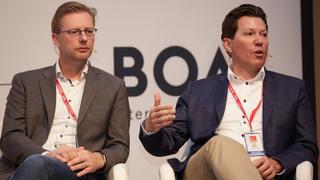 SDS 2018: The inside story of the Damen SeaXplorer project

As part of our Extreme Builds session at the 2018 Superyacht Design Symposium, delegates were treated to a closer look at the Damen SeaXplorer range.

This explorer yacht project dates back to 2005 and the advent of the first Damen Yacht Support Vessel, explained design manager Jaap van der Velde. “Clients started to asked for more accommodation on board,” he said. “With our experience building rugged vessels, such as icebreakers for the Swedish coastguard, we brought a certain evolution to the world of expedition yachts.”

From this initial idea, the yard considered several designs from a wide variety of studios, with Azure Naval Architects eventually coming out on top.

The challenge was to create a crossover between a professional vessel and a superyacht — a key part of this is a general arrangement that contains functional areas, as you might find on a yacht support vessel, luxury areas befitting a superyacht, and transition areas.

“Everywhere the owner and guests are will be fitted out to the same level of luxury that you would expect on an Amels yacht, but on the places where you need capability the focus is on having a strong and robust vessel,” van der Velde added.

The idea quickly gained traction and the first hull, a SeaXplorer 65, was sold in August 2016, followed 12 months later by the sale of the SeaXplorer 75. The yard has several more designs on the drawing table ranging from 55 metres to 100 metres.

Core to all of these is a need for autonomy at sea during long voyages in remote destinations — that means deep storage and plenty of spares. Tim Soper, founding partner of Eyos Expeditions, who played a key role in developing the SeaXplorer range explained, “It’s not how far you can go it’s for how long. The SeaXplorer range will have a 40-day autonomous capability. It’s not just the fuel, it’s the storage and waste management on board that matters as well.”

Looking after the yacht itself is just one aspect of autonomy — SeaXplorer owners will want to look after everyone on board as well. For this reason an easily accessible on board hospital was a crucial part of the GA and will prove invaluable in the situations when heli-medicine via the SeaXplorer’s two commercial grade helipads is not an option. “In my experience owners value safety as much as luxury,” Soper added.

Pressed in the Q&A session about where his clients are coming from, van der Velde revealed that they are not just from traditional yachting backgrounds but from all over the world. “What you see with these guys is they really have the idea of adventure, not only in the poles, but also in the remotest regions of the ocean,” he said. To this end, Damen designed a bow that is optimised for comfortable cruising in rough conditions and a stern with icebreaking capability for ploughing through polar areas.

Soper thinks that this desire for remote experiences is reflective of a growing trend among owners, “When you are on a yacht in a vast expanse of ice, you feel very small and alone. In this context we’re finding that owners want to do more with their yachts, they want to contribute to science and our understanding of the world at large.”