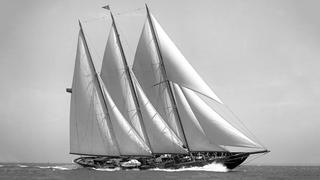 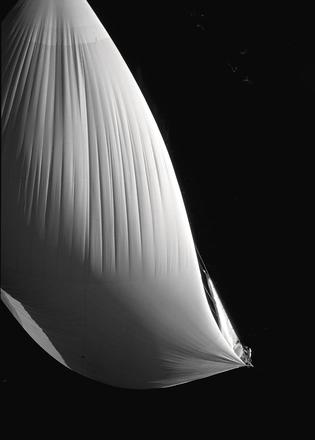 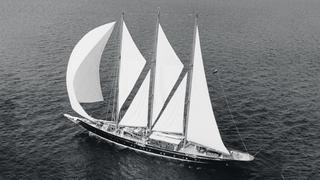 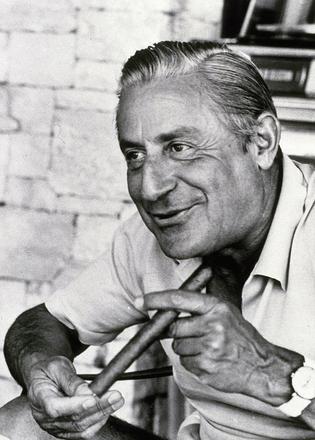 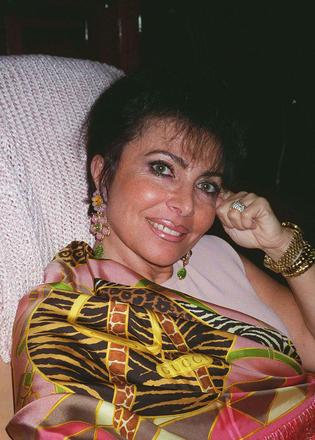 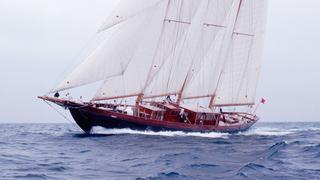 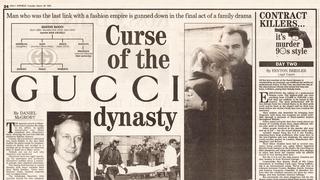 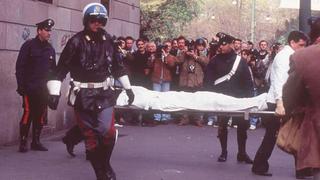 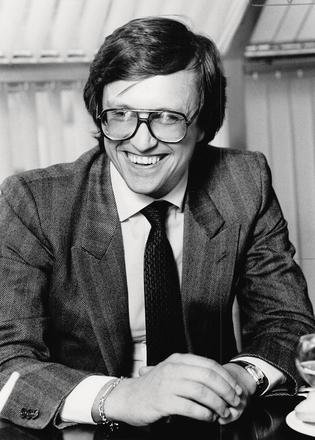 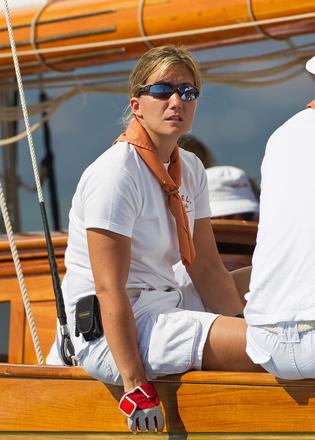 In the words of veteran photographer Gilles Martin-Raget, Creole is “a boat outside all the norms of size, aesthetics and history”. Certainly, at 63.03 metres, the three-masted schooner is rated the world’s largest wooden sailing yacht and her beauty is unquestionable. Yet it is the word “history” that resonates here because Creole’s back story is interlaced with suicide, jealousy and murder – beyond most norms, certainly.

Sailors tend to be superstitious souls and “the curse of Creole” is a phrase not unknown in yachting lore. It seemed it had struck again when it was reported from Italy that the vessel’s owners, Alessandra and Allegra Gucci, were being investigated for alleged tax dodging. How is it possible, a rational person might ask, for a boat to infect its owners with ill fortune? How indeed.

Yet deep scrutiny of Creole’s past reveals some strange facts, including an episode in which a medium was hired to exorcise “evil influences”. And a highly respected Italian newspaper once carried a headline that claimed “The Creole betrayed Maurizio Gucci”, her then owner and father of Alessandra and Allegra.

The omens were not good when it took three attempts to break the magnum of Champagne on the bow of the big schooner when she was christened Vira at Camper & Nicholsons’ yard in Gosport, Hampshire. It was 1927 and the vessel was considered a masterpiece of her time, not least by her architect, the esteemed Charles E Nicholson. The yacht was at the forefront of design and technology, with two generators, electric refrigeration and central heating throughout her apartment-sized suites.

But trouble began early on. When her owner, the immensely wealthy US carpet manufacturer Alexander Smith Cochran, saw the towering rig he quailed. It would be unmanageable, he said, and ordered the yard to shorten her spars by three metres. It was not enough, he maintained, after the work was done. Cut them down some more.

Vira finally left Gosport with a stumpy rig that didn’t suit her ballast. Lead was taken out at a yard in Spain, but they overdid it and she became hopelessly tender. Then, the frustrated and unhappy Cochran was struck down by tuberculosis. He died a year later, aged 55.

Niarchos throws party on Creole in Porto Ercola, Tuscany, in 1967. Creole in 1968. Stavros Niarchos in 1970. Photos courtesy of Rex Features and Getty Images

Vira was sold to South Coast yachtsman Maurice Pope, who renamed her Creole, apparently after a particularly delicious dessert created by his chef. In 1937 she was bought by financier Sir Connop Guthrie, who had just been made a baronet. Guthrie was a dedicated sailor who restored Creole’s rig and keel and raced her successfully until the outbreak of WWII in 1939.

Guthrie loaned Creole to the Admiralty and, with her rig removed and her deckworks changed to accept armament, she became the mine-hunter Magic Circle.

Guthrie died, aged 63, in 1945, the year that Magic Circle was returned to his family. She became Creole once more but was almost unrecognisable after her war service. Following the death of Sir Connop she languished in a sorry state until spotted by Stavros Niarchos, the Greek shipping tycoon.

It was 1947 and Niarchos, like his great rival Aristotle Onassis, was growing fabulously rich thanks to the post-war shipping boom. He snapped up the forlorn schooner and began a restoration that would cost many millions but which returned Creole to the beautifully appointed and wickedly fast yacht her designer had intended.

Niarchos added the capacious varnished deckhouse Creole has today and her cabins were hung with valuable works from his art collection. She became his floating home for long periods; his most treasured possession and, ultimately, a silent witness to tragedy and a sensational mystery.

As Creole’s restoration began, Niarchos courted Eugenia Livanos, the beautiful 21-year-old daughter of another shipping magnate. They were married, had four children and, despite his affairs, remained together.

In May 1970, they were on holiday on Niarchos’s private island, Spetsopoula, in the Aegean. With them was Athina – Tina – Onassis, Eugenia’s sister. What happened on the night of 3 May is, to this day, the subject of speculation and dark whispers, but the official version is that Eugenia killed herself with an overdose of barbiturates. At a post mortem on the mainland, the pathologist reported severe bruising on Eugenia’s body and the prosecutor in Piraeus began an investigation.

Niarchos became a suspect but he was later exonerated. According to some sources, he was cleared after the intervention of Greece’s ruling military junta, with which he had close links. It later emerged, in an account said to have been based on the testimony of a witness who was on the island, that Eugenia had caught Niarchos trying to force himself upon Tina, her sister, and a violent fight broke out.

In another account, Eugenia was said to have taken a lethal overdose in her cabin aboard Creole. What is certain is that Creole was used to bring Eugenia’s body back from the mainland to Spetsopoula, where she was buried in the Niarchos family mausoleum.

The death of Eugenia ended Niarchos’s love affair with Creole. He went on to marry Tina and sold the yacht, in 1977, to the Danish government for use as a sail training vessel for youngsters, including those in a drugs rehabilitation programme. Such work took a heavy toll; after five years, the cost of maintaining Creole was more than the Danes could justify and a new owner was sought.

In 1982 the schooner – then well over half a century old – began the phase of her life that continues today. She was bought by Maurizio Gucci, whose lavish spending surpassed everything even Niarchos had done. And, it must be said, the horror that was to unfold transcended, too, the tragedy that had befallen Creole’s previous owner.

When Maurizio Gucci bought Creole he was 35 and already on his way to heading the renowned Gucci family fashion house. He was married to Patrizia Reggiana, the daughter of a Milan businessman and mother of Allegra and Alessandra. Patrizia was one of Milan’s great beauties, an Elizabeth Taylor lookalike, with violet eyes and a captivating smile. She was also unashamedly materialistic. “I’d rather weep in a Rolls-Royce than laugh on a bicycle,” she once said.

Despite being rather hard-nosed, Patrizia was deeply superstitious and stories about the “curse of Creole” troubled her. She persuaded Maurizio to hire Frida, a medium and practising psychic, to exorcise the evil spirits Patrizia believed haunted the yacht.

The episode is detailed in Sara Gay Forden’s acclaimed book, The House of Gucci. Forden wrote that Frida “went into a trance” and walked through Creole mumbling incomprehensibly. “Open the door, open the door,” Frida cried out suddenly as Maurizio and Patrizia looked at each other, puzzled. They were standing in an open corridor; there was no door. But the Sicilian crewmember turned ashen. Before the restoration of Creole, there had been a door in that very spot, he said.

Forden goes on to say that Frida pointed to a place where, the psychic said, Eugenia Niarchos’s body had been found. Then she snapped out of her trance, said, “It’s all over” and declared Creole “free of evil spirits”.

Malign forces were at work, however. The Gucci family was tearing itself apart, riven by jealousy and resentment over ownership of the celebrated brand and the millions it was earning. Maurizio was accused of buying Creole by illegally diverting funds through a Panama-based company. The police and fiscal investigators launched an inquiry. In June 1987, the Italian papers were full of it. “Gucci in a storm over a dream yacht; arrest warrants issued” ran a headline in La Repubblica. “The Creole _betrayed Maurizio Gucci” was the banner in _Corriere della Sera.

Maurizio Gucci. Gucci family made headlines in the Daily Express in 1955. Maurizio Gucci's body is removed from the murder scene in 1995. Pictures courtesy of Getty Images and Rex Features

Creole was sailed out of Italian waters to Mallorca to put her beyond the reach of the police and Maurizio made his own escape by riding his red Kawasaki motorcycle over the border into Switzerland.

In 1988 Maurizio was indicted for illegally exporting the money he had used to buy Creole, then was swiftly acquitted because changes in the law meant capital export was no longer a criminal offence. He rode out numerous legal storms and eventually returned to Italy, where he sold his shares in Gucci for more than £100 million.

By now Maurizio was separated from Patrizia and busy spending his fortune, a lot of which was lavished on Creole. The designer Toto Russo helped re-work the yacht’s interior, with the deckhouse decorated in sumptuous style, featuring artworks and handmade pieces carved from solid ebony and marble. There were just four guest cabins, for two people each, with their own bathroom. Her usual crew numbered 16. Guests were handed a white sweatshirt and slacks to wear on board. The top featured Creole’s emblem, a pair of intertwined seahorses.

As Maurizio enjoyed his yacht, Patrizia looked on, becoming increasingly jealous. She raged over the money it was costing – at one point it emerged he had spent €800,000 on just one area of the accommodation. It was not known whether this included the cost of buying the stingray skins that lined the bulkheads.

Patrizia was living in an apartment with her daughters, growing more and more resentful by the day, especially when she learnt that Maurizio was thinking of marrying his young girlfriend, Paola Franchi.

Then, on 27 March 1995, as Maurizio arrived at his office in Milan’s Via Palestro, a man stepped into the lobby of the building and fired three shots. Wounded, but probably not fatally, Maurizio slumped to the floor. The gunman fired a fourth bullet into his temple at close range, killing him instantly. Maurizio was 46.

Almost two years later, in January 1997, police arrested Patrizia. It emerged later that she had hired a killer, through a friend with underworld contacts, to murder her husband. She was convicted and served 16 years in jail.

Maurizio’s daughters Allegra and Alessandra inherited Creole and keep her in the style to which she has become accustomed. She is occasionally seen at classic events in the Mediterranean, although in recent years her role has been as mothership to the other, smaller Gucci classic, Avel. The Gucci sisters say Creole keeps their father’s memory alive, and certainly the yacht is associated with some of the happiest times in Maurizio’s short life.

Rationally, of course, one cannot attribute horror and tragedy to a jinx said to cling to a sailing yacht. Yet, there may always be some who will look at Creole’s dark story and experience a shiver down the spine.

8 of the strangest sailor superstitions