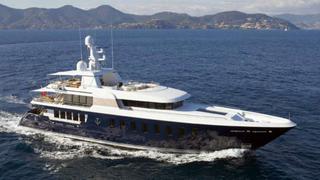 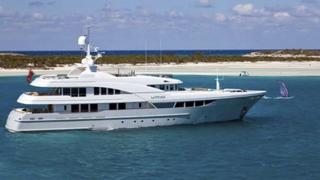 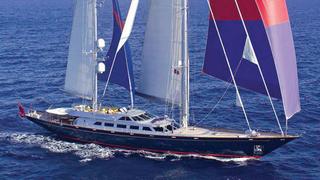 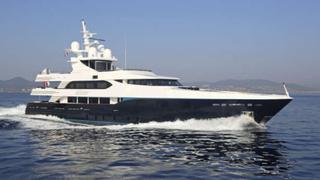 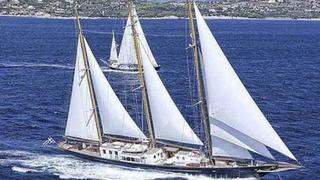 Try before you buy: Yachts for sale and charter

Any broker will tell you how many successful sales are concluded after the buyer has thoroughly enjoyed a charter on a superyacht. After a week or 10 days aboard, he's had the opportunity to get a feel for the yacht, enjoy all its facilities and appraise the professionalism of the crew before making an offer.

Here we present a selection of five superyachts currently for charter and sale, giving potential owners the opportunity to try before they buy.

Built by the Royal Van Lent yard in 2008 as the third in the F45 Vantage series, she's Lloyds classed and MCA compliant. An interior by Sinot Yacht Design accommodates 12 guests in six staterooms and twin 1,055 MTU engines give her a cruising speed of 12 knots._ Bella Vita_ also boasts zero-speed stabilisers, a spa and sauna and a glorious sun deck.

The 45 metre tri-deck superyacht Latitude is on the market through Yachtzoo in Fort Lauderdale. Designed by Vripack and built to DNV class and MCA compliant by Russia's Timmerman yard in 2009. Latitude has an interior by Bannenberg and Rowell accommodating up to 13 guests in five staterooms. Twin 720hp Caterpillar engines give her a cruising speed of 10 knots and a range of 4,000 nautical miles.

She had a thorough refit in 2006, including a flybridge extension with Jacuzzi, plus new engines and generators. Andromeda la Dea is also now the only 47 metre Perini Navi with carbon roller furling booms. Built to ABS class and MCA compliant, this superyacht accommodates eight guests in a master, two doubles and a twin.

Built by CBI Navi in 2005, the 51 metre motor yacht Alibi can accommodate 12 guests and has plenty of space for outdoor activities. There is a panoramic open deck area with large half-moon-shape sunpads and an extendable table for 12 guests and a bar. Alibi's vast sun deck was entirely refurbished with new furniture for summer 2013.

Alibi also features a gymnasium and a garage that holds a tender, three jet skis and more. Inside this superyacht are six cabins: a full-width master with an office and a Jacuzzi tub, two VIP cabins with Jacuzzi baths and two double and one twin guest cabin all with en suites.

Alibi is listed for charter and sale by Burgess asking €13.5 million.

Designed by Robert Clark, the 57 metre classic sailing yacht Fleurtje was built in 1960 at the renowned Dutch shipyard of De Vries Lentsch. Previously know as Carita and then Argonaftis, the current owner changed not only her name when he took possession of this fine yacht, but also commissioned a full refit.

Fleurtje has extremely elegant lines. The long overhangs at bow and stern, the rich Awlgrip blue hull and three Douglas fir masts with staysail plan combine into a handsome profile.

Her steel hull and aluminium superstructure are in splendid condition having been recently faired and repainted. The acclaimed naval architect Gerard Dijkstra was brought in to optimise sailing performance, thus resulting in considerable speed and handling improvements.

Since launch, Fleurtje has undergone four refits and been maintained to Lloyds class standards, all in the aim of rendering her one of the finest three-masted schooners afloat.

Fleurtje is listed for sale by Fraser Yachts with price on application.