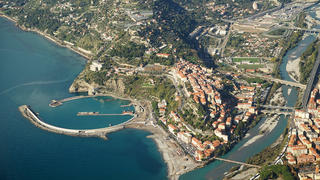 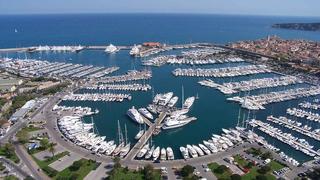 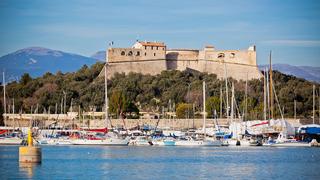 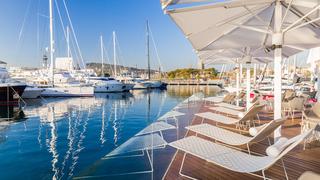 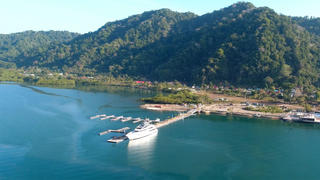 Location, location, location. Owning a yacht renders this old real estate maxim moot, but when buying a berth location is definitely key. Choose wisely and your crew will be happy, your long-term cruising plans can be realised and there will even be room for your next yacht there too.

“Investment in a berth makes sense for an owner who either needs the security of knowing he has the berth when he needs it, or who knows that berths have gone up in value,” says James Munn, sales and charter broker with Northrop & Johnson.

The South of France is historically a sought-after area, although the demand for berths was never expected to be as great as it has been. “Marina spaces were sold off to pay for the initial developments — 30 metre berths that cost 1.2 million francs [c $280,000] in the 1970s sold for $15 million in the 1990s when demand outstripped supply,” says Munn.

But the dockage bubble is now deflating as concessions on berths are expiring. “The French marinas were built and licensed with concessions given until 2020, 2021 or 2025,” explains Rupert Nelson, director of Burgess. “Obviously, those berths became a lot less attractive and there was uncertainty.”

Nelson references the infamous case of the Antibes International Yacht Club: when the port was built in the 1980s, the berths were owned by an offshore entity and, while technically berths changed hands for market-determined prices totalling millions, the small print in the original contracts said they could be traded for the equivalent of €1 apiece.

The French government, the Mairie d’Antibes, owned the rights and could have the berths back at any time, even though there was a lease structure until 2024.

“Six years inside of that lease, the Mairie did take them back. And, in the case of a few well known yachts, the owners had invested heavily to revamp the berth, and they had just spent €20 million improving a berth they no longer owned,” says Nelson.

The Italians are coming to the rescue with substantial developments such as Porto Mirabello in La Spezia, Marina Genova in Genoa, and Marina di Cala del Forte in Ventimiglia, which has been bought by the Monaco government. A superyacht owner might also speculate in areas where demand for large berths is growing, such as Porto Montenegro or OneOcean Port Vell in Barcelona.

“Buying a berth should really be in the area that the owner most wants to use the yacht,” says Alex Krykanyuk, sales broker at Fraser. “It is quite like owning an apartment in a downtown area with high rental return.”

Turkey, Greece and Spain should be considered, though amenities can vary. “The savings can be huge — Turkey is 25 per cent of the cost of the South of France,” Munn says.

Some berths come with unusual benefits. Christophe Harbour in St Kitts, for instance, promotes a Citizenship by Investment Program; at Eden Island in the Seychelles, meanwhile, a dock comes with your newly purchased house. “In some cases, the size and location of the berth has been more important to the owners than the home itself,” says Peter Smith, of Eden Island Development Company.

Golfito Marina Village in Costa Rica, managed by IGY Marinas, is offering docks for sale, and when the dock isn’t being used, it goes into a rental pool so the owner can earn money from transient dockage or the fishing tournaments that roll through. IGY Marinas provides berth owners with reciprocal benefits at sister IGY marinas, such as free berthing and hotel discounts.

But you can’t sublet all docks. In the South of France, new laws designed to prevent people from buying a dock just to make a profit will prohibit this. “The secret is to use a marina expert when considering a berth,” says Munn. “The risks are not listed in the small print.”

An owner might work directly with his broker, or the captain, management company, shipyard or the marina itself might instigate the sale. “If captains are involved, they can have a huge influence,” says Nelson. “Often the captain might steer the owner to where they have geographical ties.” He notes that Brits like Antibes and Palma. They have everything in place — from chandleries and suppliers to onshore diversions.

“What price do you attach to a piece of property called a berth? It’s like your garage on the water without the four sides and a roof. You’ve got a couple of bollards and a plug-in. A million, five million? I’ve sold berths for double digit millions,” says Nelson. The most expensive dock he’s sold was 125 metres for €11.5 million in Italy.

The state of the market varies depending on who you talk to. Nelson says it’s “quite flat” and supply is good at the moment; Krykanyuk thinks the market is “limited” and says many of the existing marinas in hot areas are full in the 30-50 metre range.

Munn suggests an alternative to outright ownership: long-term leases. “The best solutions in Italy tend to be long-term rental agreements with the lease paid up front,” he says. “However, if the rental agreement is with the marina operating company, and this company changes, berth holders find themselves with a worthless lease.

“In Greece and Turkey, long-term leases are available, but not ownership, which avoids speculation. This is the fairest solution and, ultimately, the reason for berth ownership: peace of mind.”