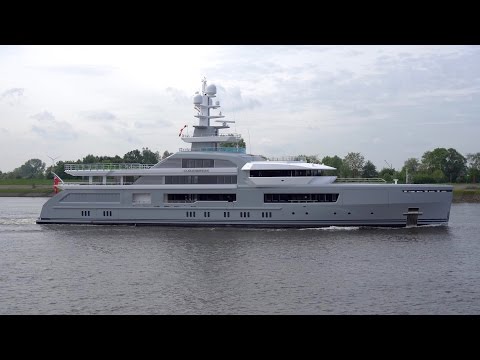 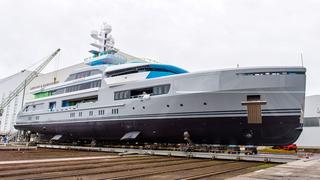 The new 72.5 metre explorer yacht Cloudbreak, built by Abeking & Rasmussen, has been delivered to her new owner. The German yard confirmed the delivery on its Instagram account, following a spectacular launch party.

The latest custom build from the German yard has been four years in development, but few details are known about this project.

SuperYachtsMonaco represented the owner during the initial purchase of the project and has carefully managed the construction process throughout. Cloudbreak will be made available for charter from September 1 in British Columbia before moving to the Caribbean in November.

“With a gross tonnage of more than 2,200 tonnes it is clear that the internal volume specification for this project will make the vessel one of the most substantial global explorer yachts of its kind,” said Abeking & Rasmussen in a statement.

Cloudbreak features exterior design by Espen Oeino, who has previous experience with designing explorer yachts. He was responsible for designing the world’s largest explorer yacht, Octopus, as well as the iconic Skat.

Cloudbreak is named after a renowned Fijian surf spot, which is located on a sheltered reef just three miles south of Namotu Island and is one of the most challenging waves in the world.

Abeking & Rasmussen has been building yachts for more than a century. Notable launches include the yard’s largest yacht to date, the 82.3 metre Secret, as well as the timelessly designed 81.8 metre Kibo and her sistership RoMEA, which is the most recent delivery. The future Abeking & Rasmussen flagship, the 98 metre hull 6501, is scheduled for delivery in 2017.

In recent years Abeking & Rasmussen has also been working on the design and construction of SWATH (Small Waterplane Area Twin-Hull) vessels. The 40.5 metre Silver Cloud was launched in 2008 and the German yard has recently delivered a 25 metre SWATH vessel, called Al Makher.