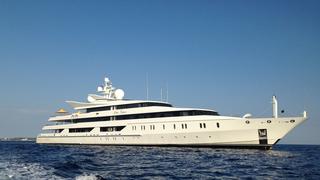 The 95 metre superyacht Indian Empress has been detained in Malta following claims that its crew are owed more than $1 million in unpaid wages.

Maritime workers’ union Nautilus International has reported that the yacht’s owner abandoned her in September 2017 and the latest development is part of a landmark case that could see the financial security provisions of the Maritime Labour Convention enforced in the superyacht industry for the first time.

Charles Boyle, director of legal services at Nautilus International, explained: “The superyacht sector is seen as one of glamour and glitz, but the sad reality is that crew members can experience exploitation and abuse and that is why Nautilus has become increasingly involved in such justice cases.”

Described as a safety net for all workers at sea, the convention was used to secure an initial payment of $615,000 last month via the Norwegian protection and indemnity insurance specialist Skuld. Indian Empress will now be held in Malta under a maritime lien until the remaining wages are paid.

Launched by Oceanco in 2000, Indian Empress was the subject of a major 2016 refit. She offers accommodation for up to 12 guests and 30 crewmembers in a 3,176GT interior.