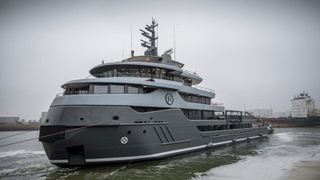 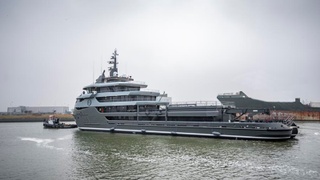 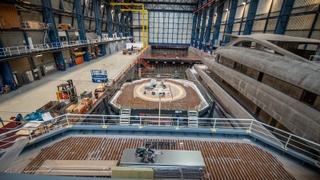 Previously an icebreaker named Sanaborg, Ragnar was built in Holland in 2012 as a multi-purpose support supply vessel.

The explorer will also be able to store two eight-metre tenders, a sea explorer submarine and two laser sailing boats.

Fully LY3 compliant, her accommodation will allow for 16 guests split across eight cabins, including two owner’s suites. Standout features will include a superyacht spa, complete with massage room and snow room, a swimming pool and a Jacuzzi.

Power will come from a pair of PC5 diesel electric pod-drive engines that will allow for a maximum cruising range of 6,000 nautical miles.

When delivered, Ragnar will be offered for charter through Burgess.