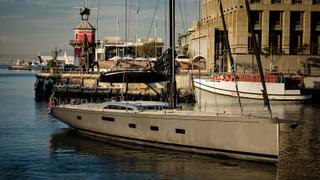 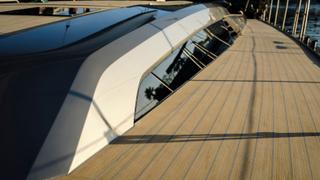 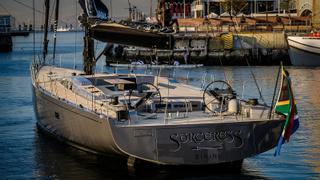 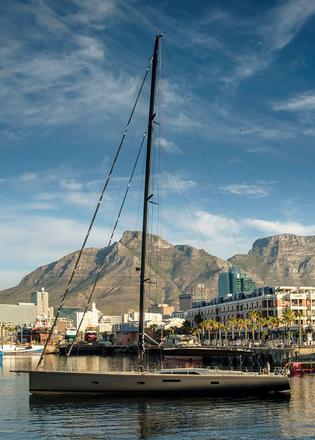 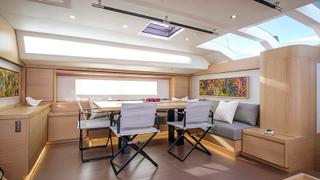 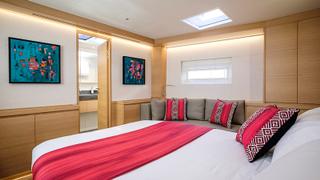 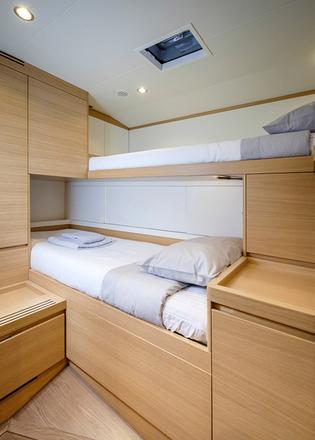 The 29.23 metre all-carbon sailing yacht Sorceress has been delivered by South African yard Southern Wind. Styled inside and out by Nauta Design, she features naval architecture by Farr Yacht Design.

Splashed in April, Sorceress is the first model in the limited edition SW96 series and is due to arrive in the Mediterranean next month following her maiden voyage, which is being undertaken with the owner on board. The yard added that a second hull in the SW96 series is currently under construction ahead of a planned January 2018 launch date.

Commissioned by a passionate yachtsman who is trading up from a 24.38 metre custom carbon yacht, the new arrival was built with the brief of incorporating a modicum of race boat features — such as a pre-preg and Nomex deck, 5.4 metre lifting keel and twin rudder configuration — into a luxury cruiser.

Willy Persico, founder and CEO of Southern Wind Shipyard, said: “He wanted a very low displacement and all the comforts typical of a cruising yacht.”

Due to go on display at the 2017 Monaco Yacht Show, Sorceress will be used as a bluewater cruiser and will be entered into both coastal and transoceanic races. The deck hardware has been customised to reflect this dual purpose. Weighing just 56.7 tonnes unladen, she should deliver excellent speeds, even in light winds.

Take a closer look at the SW96 yacht Sorceress

The yard explains that her fixed bowsprit with its integrated anchor arm, fitting for a gennaker tack line and furling code 0 sail, will allow for practical anchoring and flexibility during sailing manoeuvres. Auxiliary power on Sorceress comes from a single 231hp Steyr SE236E40 diesel engine.

The interior layout features a large saloon situated above the engine room, along with an owner’s cabin forward and three en-suite guest cabins amidships, bringing the total accommodation to eight guests and four crew. Key features include a superyacht office adjacent to the master cabin.

Massimo Gino from Nauta Design commented: "The SW96’s lifting keel with high stroke of 2.10 metres is so well integrated into the interior arrangement that you barely notice it."

Other superyacht projects currently under development at the South African yard include the first three hulls in the SW105 series, all of which are due to be launched before the end of 2018.