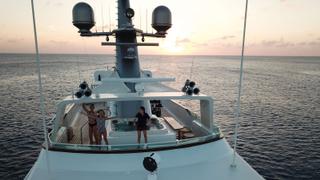 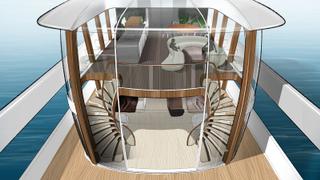 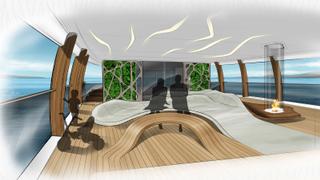 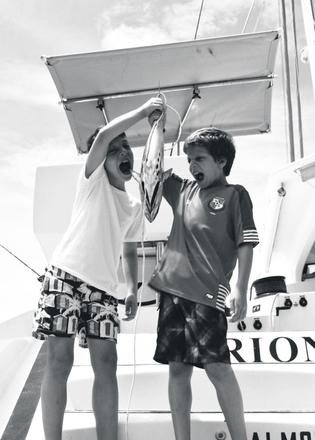 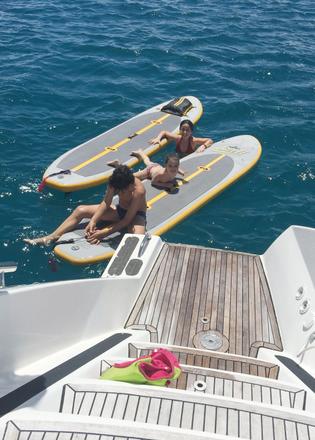 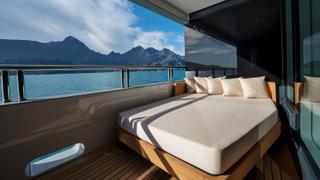 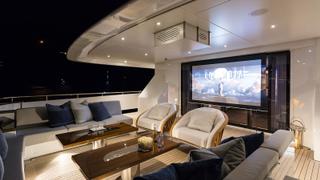 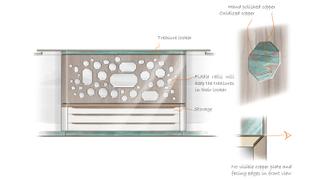 How to design the ultimate family superyacht

How can a yacht boost family togetherness and good old-fashioned fun? Kate Lardy has designs on some good times...

Talk to owners and designers about the most successful family superyachts and what you’ll hear is surprisingly unassuming. Sure, you can have an IMAX theatre, a 10 metre inflatable slide and a squash court that converts to a laser tag arena, but for long-term family cruising, what you’ll really want is more along the lines of plenty of deck space, bunk rooms, durable finishes and toys that can be launched in five minutes.

In fact, Mindy Stearns says the best part of her family’s 15-month round-the-world trip on Minderella, a 58 metre Feadship, was simply that her eight-year-old and 10-year-old girls got to sit down with their usually busy dad for every single meal. When your goal is quality family time, a yacht’s design can help make the closeness as comfortable and fun as possible.

“As a young parent, you are perpetually worried about your kids falling overboard,” says naval architect Greg Marshall. “You feel like you can never relax, so to me a properly designed family boat begins with that – how do you, say, keep the kids on the flybridge from tumbling down the stairs?”

His solutions are gates and plexiglass screens (rather than railings) so kids can’t stick their heads through, while Marnix Hoekstra of Vripack notes that railings should have vertical bars instead of the typical horizontal ones that invite intrepid youths to climb. To keep an eye on little runners, Hoekstra is investigating technology where a kids’ Apple Watch would work like a sensor. “Parents can check where they are on board and certain areas, such as a kitchen or an engine room, wouldn’t be accessible, or a deck door won’t open.”

Other stress triggers are those uncleanable precious surfaces that don’t mix with chocolate fingers. “Kids don’t care about lacquered goatskin countertops,” says Marshall. “They might have peanut butter on their fingers, they’re carrying cans of Coke and when they put on sun lotion, they will lean against cabinets. On a successful family boat you need to make those concerns go away.”

Choose surfaces that can be wiped down easily and that do not stain. Marshall suggests quartzite instead of marble and fabrics that can be washed easily. “There are so many that are kid-proof and look fantastic,” he says. “We use a lot of Crypton materials for extremely high wear and almost nothing sticks to the weave.”

The more the merrier

Family boats are inclusive, like the 65 metre Westport that Marshall is designing for a client who cruises with 20 to 30 in his party. Most of them will get a bed, as Marshall has considered accommodation for numerous couples as well as their kids. “Having rooms that can convert into sleeping four kids to a cabin, a bunk room, is hugely important,” he says.

Hoekstra is working on a 50 metre design for a Brazilian couple who plan to leave port with three kids and two grandparents. Placing the older relatives on the main deck, he’s proposed four cabins on the lower deck for the parents and kids with flexible walls that can open to create one big apartment. “I think when you have a holiday you want to be together, instead of all these boxes and hiding people away,” he says. “It looks nice on a general arrangement plan, but in real life nobody lives that way.”

Christian Oliver’s clients would likely agree. The senior designer at Delta Marine is drawing a 40-ish metre yacht for owners who enjoy hosting slumber parties for their grandkids in their suite. He’s looking to incorporate really discreet Pullman berths into their master suite – unusual perhaps for the master but certainly an upgrade from the mattresses stuffed in closets on their current boat.

When Tatiana and Sergio Kulikovsky took their four kids from the Caribbean to New Zealand, they chose a 26.5 metre catamaran whose 11.6 metre beam made for a vast cockpit that was the favourite hang-out on board – it was, as Tatiana describes, “delicious to enjoy the wind outside”.

Stearns agrees that outdoor space is paramount. Other than her girls’ classroom time in the mornings, “we didn’t really spend a lot of time indoors”, she says. One of the best things they did was simply to put hammocks up on deck. “It was like a swing set.” She and husband Glenn also considered installing uneven bars on deck for their budding gymnasts but it was an idea that fell by the wayside during the pre-trip refit’s many to-dos. One important task that did get done was upgrading the spa pool from a two-person to an eight-person, and at anchor, the girls got to practise their gymnastics, diving and flipping off the passerelle.

For those not blessed with massive deck space, Hoekstra recommends minimal built-in furniture so that the set-up is flexible. “If you can’t go in the water, the boat can become more of a playing object, like for a tricycle or football,” he says.

There’s no such thing as too many water toys on a family yacht, but there is such a thing as too much time to get them ready. “We always make sure there’s a way to get a toy in the water in five minutes,” says Marshall. That’s not possible, though, for the popular inflatable waterslide, universally despised by crew for its lengthy set-up and retrieval. Oliver is working on a solution to streamline the onerous process, perhaps using a dedicated roller drum like those used for fishing nets, he says. In addition, he recommends stowing paddleboards and kayaks as close to the water as possible, not on the sundeck.

And don’t forget the “dog dinghy”. That’s what those in Marshall’s Pacific Northwest parts call this quick means of conveyance for the four-legged family member who needs to be taken for daily walks. It’s also great for restless kids who want to get to shore immediately. “Often overlooked among the big owner’s tender and the crew tender, it’s a dinghy that doesn’t require a crew member,” says Marshall. “It’s got a little 9.9hp motor and a flat bottom so they can run it right up on the beach.”

Funnily enough, bathing platforms are actually a barrier to swimming, being about three-quarters of a metre above the waterline, says Oliver. He’s a fan of Opacmare’s Transformer platform, with steps that fold out into or above the water. “It seems like everybody these days is asking about them.”

Marshall is working on another cool contraption for the bathing platform, incorporating a transom lift mechanism typically seen on smaller yachts within a large platform. “We’re using it to create a saltwater swimming pool without having all the floating perimeters that you have to figure out how to store.” It can be lowered 30 to 122 centimetres, he explains, making a pool out of the three rigid sides and a net that can be deployed quickly.

Cinemas are a must. “[The cinema] was used heavily on every boat I’ve been on that had a proper set-up. The best ones seem to be outdoor ones,” says Marshall. “It’s the first place people go at about eight at night after a busy day when they’re not quite ready for bed and just want to kick back and watch a show.”

Sleeping is another enticing al fresco activity. “Most people want to sleep outdoors, on occasion, but the reality is it’s too windy or cold, or there are bugs,” says Marshall. “It’s never quite right.” He suggests including spaces conducive to spending the night, such as where you can pull around a bug screen. “Cloudbreak [the 72 metre Espen Øino design] did an excellent job of that.”

That yacht has a series of exterior decks at different levels, strategically positioned for both maximum views and privacy. In each area there is a large sunpad or bed that is sheltered from the wind and rain. You could have several couples sleeping in different locations without seeing each other. Marshall describes the concept as “sort of like a high-tech/high luxury tree fort”.

Parents might be surprised how much a yacht inspires reading. “My 14-year-old son read 30 books last year,” says Tatiana Kulikovsky, owner of the 26.5 metre catamaran Orion.

On the other side of the tech spectrum, good Wi-Fi is as important as a good library, whether for live-streaming teachers on land or, more likely, online gaming, which Alan Bernardi of Yacht Intelligence says he’s seeing a lot of interest in lately. He suggests bonded 4G for high-speed data throughput when the yacht is coastal and a good VSAT package for trips further afield.

For those who lose sight of land only occasionally, e3 has a new solution. The communications specialist has just launched the industry’s first Bandwidth on Demand VSAT, which has no monthly fee. Owners pay only for the data they use.

Comfort food makes everyone happy so Stearns made sure Minderella’s galley had a high-quality deep fryer for French fries. And skip the Swarovski crystal in lieu of something more meaningful, says Hoekstra. He once designed what he calls a “treasure cabinet”, a space meant to be emptied before a voyage and filled during it. “Slowly but surely this cabinet becomes a unique piece of furniture because it is filled with memories of the family themselves.”

First published in the July 2018 edition of Boat International

How to Homeschool Children on Board Your Superyacht

Kids' cruise: The best on board fashion for small sailors