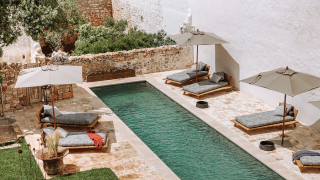 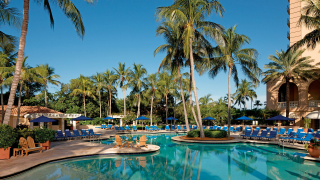 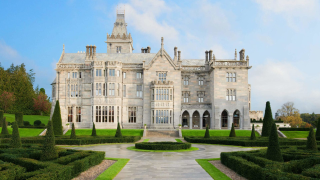 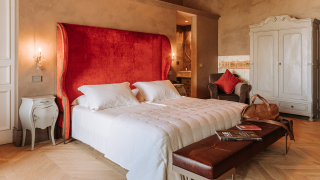 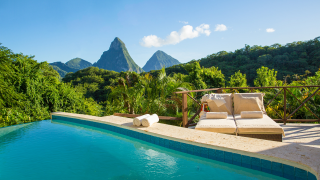 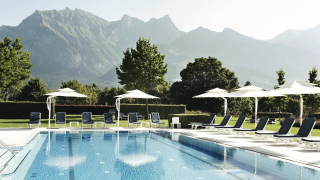 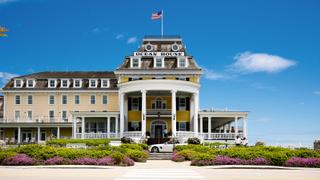 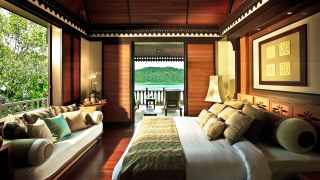 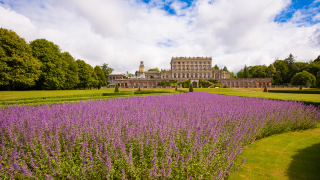 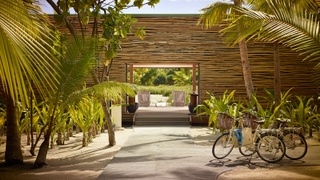 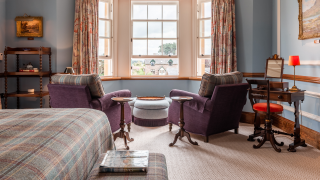 Want to know when you can stay in a hotel again? Read our coronavirus hotel updates guide for the latest news and advice on when luxury hotels will reopen to tourists.

When Will Hotels Reopen?

Like most public spaces, such as restaurants, spas, cinemas and shopping centres, when hotels will reopen depends on the travel restrictions imposed by each country. As such, there is no general reopening date for hotels this summer. However, a number of countries have included the reopening dates of hotels in government announcements, and some individual hotels have also released information about their reopening plans. Below we list the latest information about where hotels are opening, and crucially, on what dates.

When Will Hotels Reopen in Florida, US?

The yachting hub of Florida has seen a varied approach to lockdown, with some hotels opening back up in May (such as the Ritz-Carlton Naples resort) while others never properly closed down at all during the pandemic. There's no clear-cut date on when other hotels are set to open, but it's likely to be soon as the sunshine state has already moved into the second phase of its reopening plans as of June 5.

When Will Hotels Reopen in California, US?

On June 5, individual counties in California were given the go-ahead to start reopening the tourism industry. This means that hotels and holiday rentals, alongside restaurants, bars, wineries, campgrounds and museums can now slowly resume business.

Regions that have now reopened hotels include Los Angeles, San Fransisco and San Diego, which began the process in May, and Paso Robles and Napa Valley at the beginning of June.

When Will Hotels Reopen in The UK?

The prime minister of the United Kingdom has announced that some hotels, along with pubs, restaurants, cinemas, places of worship and hairdressers, will reopen from July 4 if they have adequate social-distancing measures in place. Scotland's tourism secretary, Fergus Ewing, has told hotels as well as pubs and restaurants that they can begin reopening from July 15.

When Will Hotels Open in Ireland?

On the 29 June, the Republic of Ireland began the reopening of hotels, while Northern Ireland has announced that July 3 will be the reopening date for hotels as well as museums and galleries.

When Will Hotels Open Back Up in Europe?

Almost all European countries have now reopened hotels to travellers, with a few exceptions. Greece, for example, announced the reopening of hotels and Airbnbs as of June 15, but UK tourists are still barred from entering the country until July 15. Cyprus began reopening hotels alongside open-air cinemas, theatres and shopping malls on June 9, but this process will not be complete until July 13.

Italy has allowed some luxury hotels to reopen, but a report by the Italian hoteliers’ association, Federalberghi, found that only 40 percent of Italian hotels are currently open and over 20 percent are expected to be closed until August.

Which Countries Have Already Reopened Hotels?

On June 4, St Lucia opened 1,500 hotel rooms in resorts across the nation. This included Anse Chastanet resort on July 1.

At the end of May, approximately 133 hotels were reopened in Croatia, with social-distancing measures in place. Adriatic Luxury Hotels (ALH), a group that owns a number of the country's best resorts, has stated more specifically on its website that the Hotel Dubrovnik Palace is now open for business and visitors are allowed on the outdoor terrace of Hotel Kompas.

Montenegro was one of the first places to reopen its hotels to tourists back in May.

From May 27, Turkey began reopening its hotels, including he Hillside Beach Club in Fethiye. Face masks are still mandatory in all public areas, though.

In Portugal, the Algarve tourist board has also said that it is ready to reopen to tourists. Many hotels, including Quinta do Lago resort and Six Senses Douro Valley, are already back in business.

In Scandinavia, Norway has now reopened some of its hotels, including the historic Hotel Union Øye in Norangsfjorden. Sweden never went into full lockdown so most hotels have remained open throughout the pandemic. Further north, Iceland has also reopened a number of hotels including the luxury mountain resort Deplar Farm.

Alongside shops, markets and restaurants, Switzerland has already opened some of its hotels, including Grand Resort Bad Ragaz, which opened on May 11. On June 2, travel restrictions were eased across France, allowing hotels to also begin reopening as of this date.

Which Luxury Hotels Can I Stay at Now?

In the US, a number of New England's luxury seaside resorts are now open including the Wauwinet, the White Elephant Hotel, Ocean House and Weekapaug Inn.

In Spain, visitors can now check in to the Marbella Club hotel and Atzaró Hotel Ibiza among others.

Luxury hotel collection Divani reopened some of its Greek sites on June 1, including the Divani Caravel and Divani Apollon Palace & Thalasso resorts in Athens. Other resorts now open for business in Greece include Costa Navarino in the Peloponnese, Elounda Peninsula All Suite Hotel in Crete and Elivi hotel in Skiathos.

In Croatia, ALH has announced that, alongside those hotels already open, the Hotel Odisej on the Croatian island of Mljet opened on June 6, while Hotel Excelsior in Dubrovnik opened mid-June.

In Italy, Rome's Rocco Forte House resumed business on June 2 and the Palazzo Cristo in Venice reopened on June 3. Now, The Mandarin Oriental and Villa d'Este on Lake Como, the Grand Hotel Dei Dogi in Venice and Puglia's Paragon 700 boutique hotel are all open too.

A number of hotels in Monaco are now officially open for business this summer, including the key players: Hotel de Paris Monte-Carlo, the Port Palace and the Hotel Metropole Monte-Carlo.

In Asia, the Ritz-Carlton Koh Samui in Thailand has been open since June 1, which is the same date on which the Teardrop Hotels chain opened branches in Sri Lanka. A number of luxury hotels in Malaysia were reopened on June 19, including Pangkor Laut Resort, the Cameron Highlands Resort, Tanjong Jara Resort and The Majestic Malacca. The Legian Seminyak, Bali, reopened on June 20.

Luxury hotel brand Aman has now opened various branches, including those in Turkey, the US, Japan, Vietnam and Cambodia. Six Senses is another luxury brand that has begun reopening locations, including the Douro Valley and Kaplankaya resorts, which both opened on June 1.

How are Hotels Preparing to Welcome Guests?

Hotels that are reopening to the public this summer will need to implement new practices in order to ensure that guests can stay safe during their visit. How hotels will decide to introduce new social distancing and health sanitisation measures will largely depend on government advice.

The state of California, for example, has made a general statement suggesting that hotels no longer include magazines and menus in rooms, prohibit access to public ice machines, and limit the number of guests allowed in elevators at one time. The new mandate also asks that pillow protectors be changed daily and used linens removed in single-use, sealed plastic bags. Below, we offer a further insight into how some individual hotels are planning to welcome guests back post-coronavirus.

Cliveden House, the English hotel where Meghan Markle, the Duchess of Sussex, famously spent the night before her royal wedding, is scheduled to open on July 4. The hotel has announced that, once open, staff members will be subjected to daily temperature checks before entering the building, will be required to wash their hands every 20 minutes and will wear PPE where appropriate.

Guests at Cliveden House will be asked to complete a pre-arrival health questionnaire and will have their temperature taken at the hotel entrance - should they present a raised temperature they will be declined entry and offered a refund or reschedule option. Guests will also receive an amenity kit on arrival, which will include hand sanitiser, wipes and a face covering. The hotel will also make all transactions cashless and will ask guests not to use valet parking services or public bathrooms.

The Four Seasons brand has announced that it will be implementing a "Lead With Care" programme in its hotels, which is a full-scale health and safety plan designed with Johns Hopkins Medicine International.

In French Polynesia, The Brando hotel has announced that it will open with new sanitisation procedures in place, including installing hand sanitiser stations throughout the resort, using floor markers and signage to assist guests in social distancing, frequently disinfecting public areas and pool furniture and removing non-essential items such as magazines from rooms.

Links House, a boutique 5-star hotel in the Scottish Highlands, will reopen on July 20 and will offer guests extra privacy with the option of an exclusive, total buyout option for its 15 rooms. Additionally, staff have been re-trained to use hospital grade cleaning chemicals and will ensure that everything from door handles and thermostats, to light switches and TV remotes, are disinfected frequently. A deep clean of each room will take place once a day while guests are out and a 'room clean' seal will be placed on doors once this process is completed to ensure the rooms are not re-entered that day.

In need of some travel inspiration while you plan your next holiday? Get the latest issue of BOAT International sent straight to your door.

The Luxury Hotels Helping their Communities Fight Through Coronavirus

The Best Video Games to Play for Virtual Travel During Lockdown