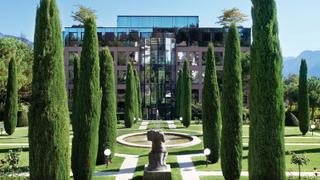 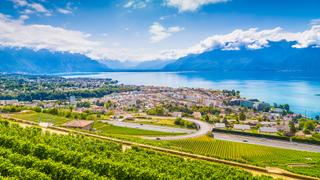 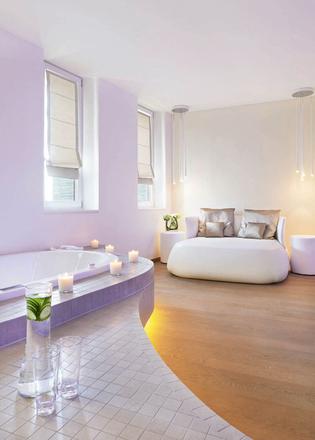 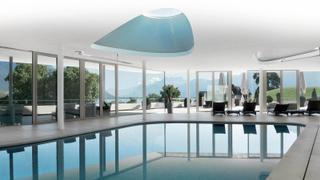 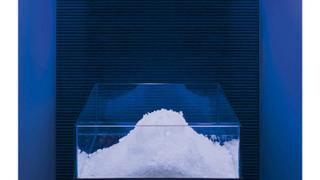 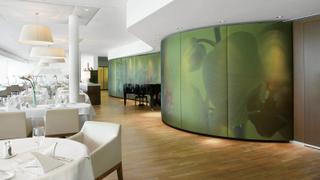 From here to eternity: The science of longevity at Clinique La Prairie

A string of billionaires want to unlock the secret to a longer life. Simon de Burton visits a Swiss clinic to see if he too can turn back time...

Oracle co-founder Larry Ellison is well known in the boat world for his involvement in the America's Cup, but now he has a far greater challenge on his radar: he wants to live for ever. The 74-year-old – still impressively buff, smooth-skinned and well thatched – is among a growing band of hugely wealthy individuals who simply don’t accept that life should come to an end after three score years and 10.

Along with PayPal’s Peter Thiel, Google’s Larry Page and Facebook’s Mark Zuckerberg, Ellison has thrown tens of millions of dollars into researching the ageing process and how to stop it. But at one particular place – Clinique La Prairie in Montreux, Switzerland – holding back the years has been a way of (long) life for the best part of a century, since founder Professor Paul Niehans administered his first patients with revitalising injections of fresh animal cells in 1931.

Back then it was a small private hospital, but it has since grown into one of the most sophisticated and advanced medical centres in the world, offering a holistic approach to preserving the body through everything from short detox programmes to advanced cosmetic surgery that's carried out in a fully-equipped, on site facility staffed by 50 doctors.

The clinic first became known to the wider world in 1953 when Pope Pius XII checked in to undergo cell treatment after he contracted life-threatening gastritis. This attracted the attention of stars such as Marilyn Monroe, Marlene Dietrich and Romy Schneider. Since then, the set-up has grown to incorporate three buildings on the shores of Lake Geneva, including the original 19th-century chateau. There’s also a medical spa with 18 treatment rooms, a fitness studio and a large dining room served by a brigade of 20 chefs.

One person whom Clinique La Prairie was unlikely to welcome through its doors was me. In truth, the idea of doing anything to increase the possibility of living an extra-long life had never occurred to me. That said, I came away with new-found knowledge that extending one’s life is most likely a by-product of staying younger longer, which can be achieved by simply being more attentive to one’s body.

The first consultant I met during my intensive three-day visit to sample the recently launched “beauty programme” was Dr Violette Parzin, who has been a specialist in aesthetic medicine for 20 years. “We use non-invasive techniques to improve skin quality, such as lasers, ultrasound lifting and ‘Coolsculpting’, which reduces fat without surgery,” she explains. “Ageing starts at 30, when your body’s ability to rejuvenate begins to decline. If you begin a programme of aesthetic medicine at, say, 40, you won’t need to resort to plastic surgery later in life. People are discovering this sooner: we are attracting many younger clients, and almost half our patients are male,” says Dr Parzin.

With that, she sent me for a “facial assessment report”, which involved being photographed with an infrared camera to reveal defects “beneath the skin”. As suspected, after more than three decades of spending as much time outside as possible, riding motorcycles, driving open-topped cars, being on boats and wearing insufficient sun cream, the results were not good – on a ranking of nought to 100 (100 being perfect) I rated 85 for texture, but 17 for “wrinkles”, a worrying 21 for “UV spots” and a dismal two for the “brown spots” that are likely to steadily appear on my face as I get older. That was followed by an LED stimulation session – a process proven to retard cell ageing and to benefit skin conditions such as psoriasis – before I received my first facial.

The next shock to the system came moments later, with a session of cryotherapy – which involves being sealed inside a metal chamber at minus 190C. The three longest minutes of my life would, I was assured, have potentially extended it by treating tissue damage and promoting cellular rejuvenation.

Afterwards, over a lunch of mushroom and chestnut soup and exquisite grilled fish, rheumatologist Dr Mounir Ziadé gave me the good news that spending time on boats can, believe it or not, be good for one’s health. “The fact that a person needs to subconsciously balance when on a moving boat actually has the effect of reducing dizziness, their susceptibility to vertigo, travel sickness and so on – it’s called proprioception. And moving, in general, is key to living a longer life. It has been proven that Olympic athletes live an average of seven years longer than ‘normal’ people,” he said.

Whether or not I carry on the care programme is, of course, entirely up to me – and that, says CEO Simone Gibertoni, is the real key to living longer. “I don’t think it is an exaggeration to say that we can change a life in one week – but that is only relevant if people take the initiative to continue what they have started here. We have billionaire clients, for example, who have enough money to be able to do almost anything they could think of, yet they come to us and say they have not had a medical check-up in 15 years.” However, he adds, “Younger people are beginning to realise that there is an increasing detachment between fast-paced modern life and the way we should be living – you cannot imagine how many people come to us simply because they want to get better sleep. Not long ago, a study revealed that the main concern among 93 per cent of ultra-high net worth individuals was to preserve their wealth; now, an increasingly large proportion are more concerned about their health.”

With this in mind, Clinique La Prairie is in the process of developing a concierge service comprising small satellite clinics in major cities to ensure increased contact with clients who have attended the Montreux facility or who are planning to go there. And Gibertoni’s plans for the business even extend beyond the land. “My ambition is to establish a Clinique La Prairie on the sea,” he tells me. “We would set up a facility on a superyacht that would be available to the owner and guests during the course of their stay: it would be a perfect addition to a holiday on board.” Owners – form an orderly queue.

Health kick: The best detoxes and cleanses for 2019