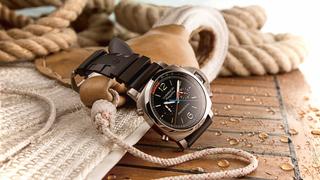 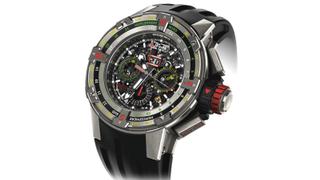 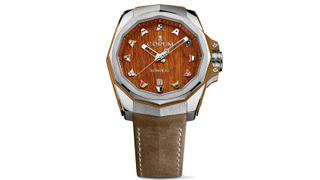 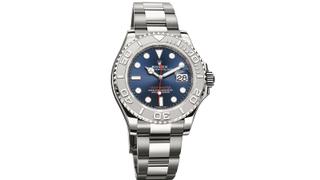 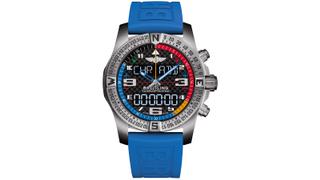 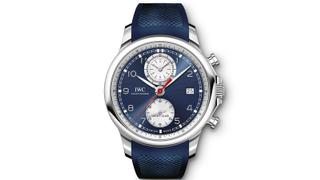 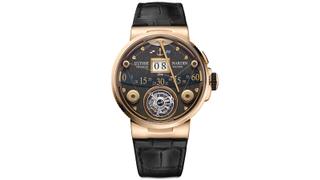 Tack tock: Charting the sensational rise of the sailing watch

Robust sailing watches are tricky to create, says Simon de Burton, but they have never been more popular...

Sailing and timekeeping have been inextricably linked since the early 17th century, when Galileo discovered that the orbits of Jupiter’s moons could be used as an astral clock to enable the calculation of longitude. The 18th-century horologist John Harrison first succeeded in making a marine chronometer that was accurate enough to use at sea, a breakthrough that turned navigation from a hit-and-miss affair into a science.

Harrison may have spent more than 40 years perfecting his seagoing timekeepers but, thanks to the pinpoint accuracy of GPS, if you find a clockwork ship’s chronometer on board nowadays, it’s more likely there for decoration than navigation. In contrast, mechanical wristwatches designed with sailing in mind have never been more popular, with the yachting world offering luxury brands the opportunity to tap into a rich seam of buyers.

But it’s not so easy to make a watch that really cuts the mustard on deck – after all, it needs to be shock resistant, waterproof and as capable of surviving being baked in the sun as frozen in a gale. It also needs to laugh in the face of salt and be easy to read on a rolling sea.

A decent sailing watch demonstrates that a brand can create a timepiece capable of withstanding the rigours of being at sea and will be worn by rugged, adventurous people. The green aspect of sailing also demonstrates a concern for the environment in a way that sponsoring a Formula One car or a powerboat team may not.

The high-tech materials used in modern yacht design can also be adopted for watch manufacture, as shown by Richard Mille. It uses the same sort of titanium, Kevlar and carbon fibre that goes into the latest hulls, masts and fittings as the basis for high-end, sailing-inspired timepieces such as the RM 60-01 Flyback Chronograph Regatta.

Although professional dive watches have been around since the mid-1950s, sailing-specific designs didn’t properly take-off for another few years when Heuer produced its now highly collectable Skipper, which made it possible to keep track of tide times (although it did produce a small run of a similar model called the Mareographe as far back as 1950).

The Corum Admiral’s Cup – originally just a square-cased watch with an image of a boat engraved on the back – was introduced in 1960. The model has since evolved into a comprehensive range of tough and imposing sports watches designed for sailing, both in looks and performance. With their distinctive 12-sided cases, they have nautical pennants bordering their dials which, on some models, are veneered with tiny teak planks.

Rolex, of course, is famous among the sailing fraternity as the sponsor of some of the world’s most high-profile races, from the Fastnet to the Sydney Hobart. But it wasn’t until 1992 that it introduced the Yacht-Master as a seafarer’s alternative to the Submariner dive watch. Originally made in yellow gold, the Yacht-Master was then released in a “bi-metal” gold and steel version and subsequently the Rolesium model, with a case made from steel and a platinum bezel and dial. The latest steel and platinum versions have deep blue dials, and are complemented by a 40mm rose gold model in fade-free Everose that’s supplied on a rubber Oysterflex bracelet. In 2007, Rolex introduced the Yacht-Master II featuring a patented regatta start countdown mechanism.

Such mechanical timers are available from other brands, too, including Omega, Panerai and Louis Vuitton, all of which have created dedicated regatta wristwatches with apertures cut into the dial. Typically, a multi-coloured, revolving disc behind the apertures gradually changes colour as the minutes before the off tick away, finally turning to green when it is time to go, a system intended to prevent penalty-incurring false starts.

Panerai’s Luminor 1950 Regatta 3 Days in blackened steel is designed specifically for racing and features a flyback chronograph incorporating a countdown device whereby the central hand can be moved backwards in one-minute intervals to coincide with the countdown before the start of a competition.

Earlier this year, Breitling unveiled its first “connected” sailing chronograph, the Exospace B55 Yachting. It combines the brand’s ultra-accurate Superquartz movement with a low-energy Bluetooth system that can enable data transfer to a smartphone. Water resistant to 100 metres and with a corrosion-proof, 46mm titanium case, it can be worn on a choice of two blue rubber straps or a titanium bracelet.

For those who prefer their sailing on terra firma with a G&T in hand, IWC continues to offer its Portugieser Yacht Club models that were de rigueur for playboys of the Bardot era. The current line includes a standard chronograph and a world time model that can display the hour in 13 time zones marked around the edge of the dial.

The device that demonstrates just how much you love boats, however, is surely the Marine Grand Deck Tourbillon from Ulysse Nardin. Its dial is designed to look like the planking of a sailing boat and the flyback minute display takes the form of a boom that is pulled from one minute to the next by a network of nanowires and revolving capstans based on a ship’s rigging. The lines are made from the same type of polyethylene used on modern racing yachts and, although thinner than a human hair, can carry a strain of more than 1.36 kilograms without stretching. Launched in 2016 and produced in limited numbers, there are now just two examples of the watch left, one in red gold, the other in platinum. So if you want one, best go full speed ahead.