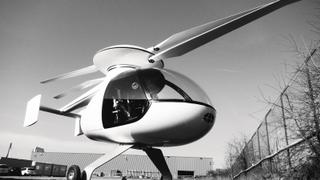 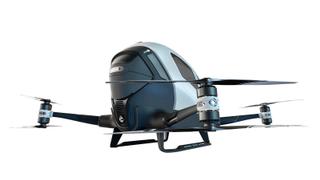 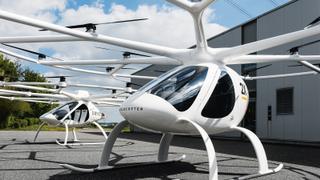 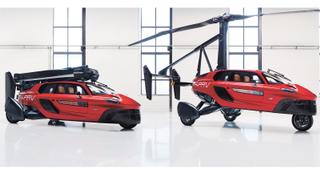 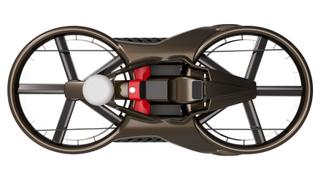 To the future and beyond: The aviation innovations set to replace your car

Jeremy White looks at the innovations about to take off, from hoverbikes to passenger-carrying drones...

While there has been a great deal of column inches covering advances in the world of autonomous cars, innovation permeates all areas of transport – including the exclusive realms of private aviation. Advances in fuel and power systems, as well as navigation, have seen a number of vehicles being developed that offer interesting alternatives to a traditional personal jet or helicopter.

The rise in popularity of drones, for example, has been so meteoric that it should come as almost no surprise that a company that has previously specialised in making consumer drones is now in the final stages of bringing a full-size passenger drone to market. Yes – one that will carry people rather than a high-spec camera.

The Ehang 184, which has already completed test flights ferrying humans around the skies, is capable of carrying a single person at up to 128km/h and in Force 7 conditions if necessary. The all-electric, self-navigating drone will apparently cost between $200,000 and $300,000 (about £155,000 to £232,000) and be able to transport a single passenger weighing no more than 118 kilograms for 25 minutes on a single charge.

Another drone in direct competition with the Ehang is in the latter stages of development in Germany. The 18-rotor Volocopter has the ability to take off and land vertically, hover and fly autonomously in any direction. The big advantage it has is its two seats for passengers over the Ehang’s one. Volocopter has also already conducted manned flights. The reason for the abundance of rotors? Safety. Not only is the electric Volocopter supposedly stable in the air and easy to fly, those 18 rotors provide a reassuring amount of redundancy against system failures. An “optimal” speed of 50km/h will give a flight time of 27 minutes and the craft can reach a top speed of 100km/h. The company is also working on a hybrid power system that might prolong flight time to over an hour. When they do come to market, expect to pay in excess of £250,000.

A new type of flying machine you can purchase right now is the PAL-V Liberty. Looking like something straight from a Bond film, the PAL-V is about the size of a small car and has a retractable rotor blade and two separate engines, one for flight and one for the road. Its 100hp produces a top road speed of 160km/h, and acceleration of 0-100km/h in nine seconds, but it has a range of 1,300 kilometres and fuel efficiency of 10.9kpl. In less than 10 minutes you can convert the PAL-V from road to sky mode, where you’ll get 500 kilometres from a full tank and flying at up to 180km/h. You can choose between two versions: the “full option” Pioneer edition for €499,000 (about £440,000, and limited to only 90 vehicles), with a pimped interior and exterior; and the Sport edition for €299,000 (£265,000).

Some concepts that are perhaps a little further off from final production versions include the Sagita Sherpa helicopter (pictured top). Apart from looking far more attractive than your average whirlybird, the Sagita has an engine that’s much more efficient as it drives a compressor that takes in air at the rear of the fuselage. This is heated, compressed and sent to two contra-rotating rotors that are driven by a pair of turbines. The benefits of this transmission system include the removal of unnecessary lubrication and cooling, and no tail-rotor drive. All this means that the final version of the €150,000 (about £132,000) Sherpa should be good for 185km/h, a cruise speed of 157km/h, range of 400 kilometres, a flight time of three hours and a ceiling of 2,000 metres.

Finally, perhaps the rotor-powered “flyer” concept that’s most exciting is more a of “hoverer”. The reason it’s so enticing is that, for anyone who as a child wished they owned Luke Skywalker’s Landspeeder from Star Wars, that dream may soon become a reality, thanks to the pioneering people at Aerofex. They have created the Aero-X hoverbike, a 4.5-metre-long, 2.1-metre-wide machine that can carry two people at a height of three metres above the ground at speeds of up to 70km/h. The fixed-pitch carbon-fibre rotors mean the $85,000 (about £65,000) Aero-X can take off and land vertically, while a full tank of petrol should keep it in the air for 75 minutes.

The Best Celebrity Pets on Board Pictures

Buyers' Guide: The Best Private Jets Worth Investing In