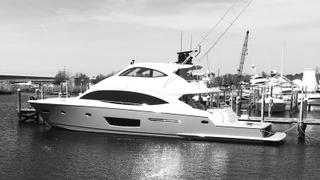 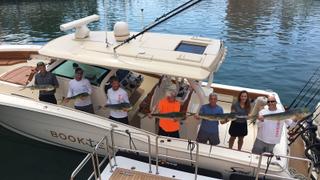 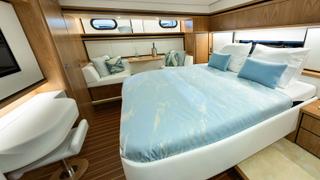 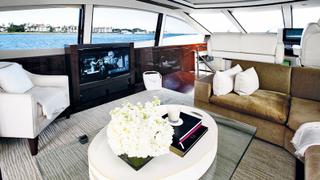 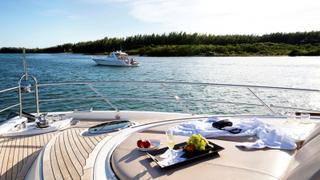 Downsizing: Superyacht owners on the joys of small boats

“This is a one-of-a-kind boat, it’s spectacular,” says one excited owner who is about to take delivery of a new yacht. “It did the trick,” says another of the boat he’s just traded in, “but it was nothing like as sophisticated as this new one. This is just a whole new generation of boat.” A third expectant sailor is equally enthusiastic about his new vessel. “It’s very cool,” he says animatedly, “and it has everything I need. Everything.”

They are talking about different boats, but the one thing the boats have in common? They are all considerably smaller than superyachts. In fact two of them are just 16 and 14 metres long.

All three owners are hugely experienced sailors who have or have had bigger boats in their fleets. One has a 47 metre Heesen; another had a 40 metre Sanlorenzo Alloy; a third sails a 38.8 metre Claasen. But they are as one in extolling the virtues of their new smaller boats. So what’s the appeal?

Bob Book, owner of the Heesen Book Ends, has run a Viking 62 sportfisher for a few years and is taking delivery of a new “one-of-a-kind” Viking 82 CMY. At 25.4 metres, it’s hardly a small boat but, like the others, he has clearly felt the need for a diminutive companion to his larger yacht. “A bunch of guys with very big yachts are buying Vikings,” he says.

Pat Healey, CEO of the New Jersey based boat builder, backs that up. “Today, 20 per cent of our customers each year are buying their Viking as either their second or third boat, their first boat being 45 metres plus. A lot of them are like Bob, they’re yachtsmen all their life. They ran their own boat for years and then graduated to the big motor yacht, the megayacht field, and of course that came with captain and crew. But they still enjoy operating and want to be involved in the running of their boat and without question that’s what we’re seeing today.”

Book loves fishing in a smaller yacht, but the big boat owner in him expects superyacht standards on board – and his new boat delivers. “It is so well finished and thought out,” he says. “It’s got five staterooms, plus the crew quarters in the back. It’s got a beautiful open galley and an enclosed bridge.”

It seems the smaller boats are growing up, at least in terms of the comfort, the fittings and the technology that is packed in on board. And speed. “On this boat, I can go 30 knots and you’re closer to the water, so you get that whole sensation that first got you hooked on boating," says Book. "You get that invigorating excitement when you’re cutting through the water and you really feel it. That’s what keeps me hooked.”

Crew, or lack of them, is also a factor all the owners highlight. “What are the advantages of a smaller boat versus the big boat?” says Book. “Top of my list: less crew drama. It’s easier, more simple and more fun.”

Thomas Haffa admits that for him, at 66, the appeal of the smaller yacht is partly “an age thing”. Haffa has a 13.4 metre Rivarama Super that will take him and his wife on day trips around Sardinia this summer. “Coming to our age, we found out that we loved to be on the boat without crew. Me and my wife are happy spending time together on the small boat. We have our privacy, we have our freedom. I don’t need to argue with anybody. I argue only with me.”

He’s owned the 27 metre WallyTiketitoo and a 35 metre Benetti as well as the 40 metre Sanlorenzo 4H (now 4A) – and to an extent he has “been there and done that” with bigger boats. “Once you have done Saint-Tropez and Porto Cervo and all these places 150 times, you know them,” he says. On a smaller boat, you’re out of the scene, under the radar and free to explore new places in a different way.

But it’s his new “riverboat” that he’s particularly excited about. He had a 15 metre Linssen Grand Sturdy 500 on which he and his wife travelled from Amsterdam to Istanbul by river and then back via Montenegro, starting four years ago. That boat has been traded in and a new Grand Sturdy 500 AC Variotop – all 16.5 metres of it – is on its way. “We crossed the Black Sea on the last one in 40 knots of wind, no problem. The boat is fantastic. My sons think it’s not very nice but I think it’s beautiful.”

Haffa’s new Linssen sums up the real appeal of the new generation of smaller boats. In terms of spec, finish and technology, they are light years ahead of the smaller boats that Haffa and his contemporaries knew in their earlier sailing years.

The owner of the 38.8 metre Claasen Atalante is also pleased with the tech on his smaller boat. His 14.6 metre Eastbay 44SX, by Grand Banks, has three cabins, a small platform aft with a hydraulic lift for an aluminium RIB and he had an additional gyro stabiliser fitted. It also comes with the Zipwake trim-control system. “I’ve been very impressed with that,” says the owner. “The nice thing about it is it’s computer-controlled so when you’re running at speed the gyro doesn’t work as effectively but this thing controls pitch and roll automatically as you’re going along.”

He refers to how “non-stressful” the Eastbay is to operate and own. “You’ve always got a space in a marina. You can tuck it into small spaces... it doesn’t take a lot of swinging room. You can pull it out of the water and dry-store it in a hurricane-proof building, which is important in Florida and the Bahamas.”

It can also do 26 knots. And that’s another serious advantage smaller boats have over their bigger brethren. “You can outrun the weather,” says the Eastbay owner. He lives for six months of the year in the Bahamas and uses the boat there – and the lower draught is a major benefit in the shallow waters. “You don’t have to worry about the depth because it only draws 3.3 feet [one metre] so you can get around very easily.”

Bobby Genovese has a similar set-up: he owns the 46.9 metre FeadshipBG but lives on Paradise Island in the Bahamas. “[BG] draws 10, almost 11 feet [three metres],” he says, “so all of a sudden where I can go is completely limited.” That partly explains why he is another small boat fan and his pride and joy, a Lazzara 75 LSX that he had extended to 23.7 metres, “draws four and a half feet [1.4 metres] of water. You can go everywhere: Florida Keys, the Exumas…”

So for the experienced yacht owner, smaller boats offer not so much the opportunity to go back in time to the sort of craft they began in – but a key to unlock their future. They are practical tools to explore the paradise destinations in which they can now afford to live, and they offer superyacht standards and spec, just in smaller packages.

Healey says that at Viking a lot of work has gone into this progress. “We spend $15 million a year on R&D and we have a 45-person design and engineering group,” he says. “The steering systems that we’ve developed, the weight savings that we’ve developed. These boats are 25 metre motor yachts with a 32 knot top end and a 25-26 knot cruise. We’re not talking about displacement boats. We’re talking about performance motor yachts.”

Genovese loves his Feadship. “It’s a six-star, floating resort with every toy imaginable,” he says. “But the more I think about it the more I like the smaller ones.” He owns a 22.5 metre Sunseeker Predator and “absolutely loves and adores” the Lazzara he’s had for nine years. “It’s probably, for me anyway, the best designed boat in that size. I looked at all of them. The galley, it’s all open from the floor to the ceiling, so you get all of the light. It gives you the feeling that you are in this giant kitchen, which is always the gathering place. It just gives the boat such a big feel.”

And for Haffa, his smaller boats bring him just as much joy as anything bigger he has ever owned. “There’s no difference,” he says. “The excitement when you pick up the 40 metre boat or a Wally, which is really exciting, or my river boat; it’s the same.”