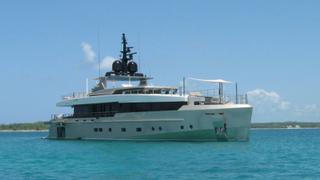 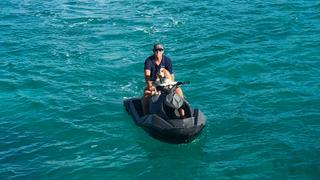 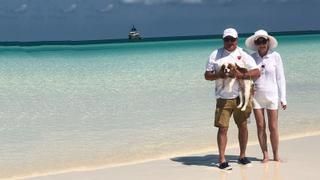 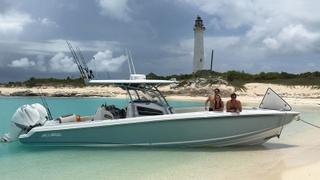 My life in boats: Wayne Ducote, owner of 38m Jedi

When I was a kid my parents rented a small house in Bay St Louis, Mississippi. I was about 12 when I got my first boat, a 3.9 metre Red Fish. Back in 1958, my dad had an 11 metre Chris-Craft and a boathouse on Lake Pontchartrain where as teenagers we would hang out, eat crawfish, drink beer and do everything high-school kids are not supposed to do. We all learned boating on Lake Pontchartrain; it’s a shallow lake that can fire up a squall in 10 minutes.

After a few hairy experiences, we learned how to read the water quickly. I’ve been boating for the past 68 years and have had a lot of boats. Among them was a 9.7 metre Trojan with gas engines. After getting caught in a couple of storms – with my then two kids rolling around in the salon, water coming over the bow, the gas lines leaking – we figured we needed something that could take a bit of water.

We had a 14 metre Hatteras for about seven years; we would take trips to Destin and fish offshore in Louisiana until my wife said “That’s enough.” We had a succession of smaller boats until about 2010 when my eldest son, David, and I partnered in the acquisition of an 25.6 metre McMullen & Wing. It had jet drives, a pair of 2,000hp diesels and cruised at 30 knots in four-and-a-half-feet of water, but we are an active family and we needed a bigger boat to carry more stuff.

We found our current boat, Jedi, a 37.7 metre Admiral, in Europe and she provides room for everything we need: a 5.1 metre Williams diesel tender in a garage, Sea-Doos, paddleboards, diving gear, fishing gear, beach setup, even a portable gym, and we drag a 10.3 metre Nor-Tech for day trips. We prefer to be on the hook, close to uninhabited islands. The family has been going to the Bahamas for 17 years; we like the Berry Islands and David likes to go down to Conception. My other son, Chapman, and I owned Middle Cay across from Harbor Island at one point.

Both my sons are big free divers, going down as far as 12 metres hunting for fish. I have trouble getting down as far as they do – usually I am topside, waiting for the boys to come up with a bloody fish, grabbing it before the man in the tuxedo [a shark] does. Boating brings families together; we take the grandchildren to snorkel and dive, search for conch, paddleboard, beachcomb, hike and just have fun. David and I have Cavalier King Charles spaniels and both dogs enjoy the activities, including riding on the Sea-Doos and paddleboards.

The only time we sit is when we get back to the boat after a busy day and hop in the hot tub with a cold margarita. I’ve been married for 52 years to Diane; nothing rattles her despite our adventures, but she prefers the comforts Jedi provides. My estate plan is to spend my last dollar with my last breath, but I am running ahead of schedule.

My life in boats: Mark and Mary Shores, owners of Marae