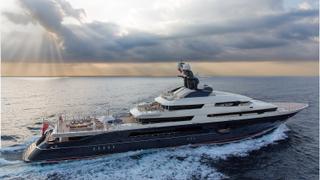 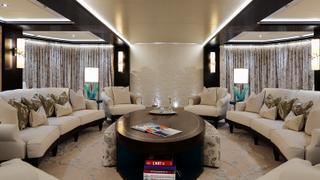 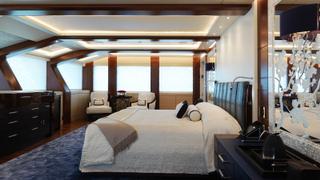 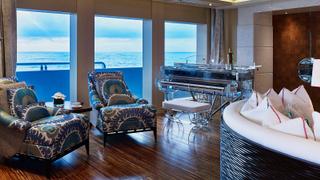 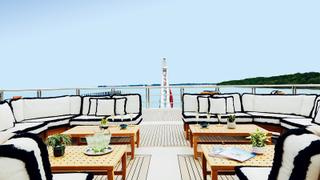 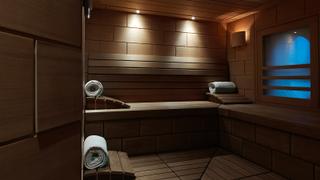 Equanimity revealed: Inside the sale of the seized 91.5 metre superyacht

In August last year, the news broke that the 91.5 metre ice-classed Oceanco luxury yacht Equanimity had been seized by Indonesian authorities. This was part of a multi-national investigation into the misappropriation of $4.5 billion from Malaysia’s state fund 1MDB. It transpired that the superyacht had been purchased with money siphoned from the fund between 2009 and 2015, with Equanimity’s alleged owner Low Taek Jho identified as a central figure in the scandal. After seizing the superyacht and transferring it to Malaysian waters, the government promised to use its sale to recover some of the lost funds. Now Burgess and lawyer Sitpah Selvaratnam have lifted the lid on the sale of the seized superyacht.

Since its appointment as broker of the sale in October, Burgess’s main task has been to conduct “a huge reassurance exercise” to convince the market that Equanimity is a “true and good investment”, said sales broker Rupert Nelson. The involvement of a legal team, government and brokerage firm all working together on one sale makes it “unique in yachting history” and, consequently, one that must be “handled quite delicately from all sides,” added Nelson

He pointed to the case of Indian Empress (now named Neom) which saw the seized superyacht sold in a bank-motivated sale to repay out-of-pocket creditors last year. “That’s very different to what we’re talking about here,” Nelson said. “The legal team, sheriff and attorney general have chosen to use a brokerage firm to get the message out there that this is a motor yacht like any other - in good condition and fully crewed. There is nothing negative at all about this boat,” he said.

Indeed, publicity has been central to Burgess’s strategy around Equanimity. Alongside Burgess, the marine surveyor Winterbothams was recruited to provide an independent valuation of the yacht, which it placed at $130 million. Publicity has therefore been crucial in reaching that “very small pool of clients” able to afford it. In this regard, Nelson believes Burgess has succeeded.

“The buyer already knows about the boat, that’s for sure,” he said. “There isn’t anyone out there who’s in a position to buy this boat who doesn’t know about it.” However, he admitted, “The task is a challenging one for all of us. It’s a very small market and very much a new market because not that many yachts are sold for over $100 million, even in pristine condition at the best boat shows with no history.”

Sitpah Selvaratnam, a lawyer representing the 1MDB fund, denied that the valuation was “non-negotiable” but agreed that $100 million “is the minimum that we should start discussing”. Despite there being “no guide price set by the court”, Selvaratnam revealed “we’ve got to match that $130 million as closely as possible and, to be absolutely frank, to get any chance of getting it approved by the court, we would have to start at $100 million.” Sticking to the valuation as closely as possible has become a point of “integrity” for the new Malaysian government, she said.

“Equanimity is a national pride. The new government of Malaysia has chosen to bring integrity back into the system and it’s a point of principle, as much it is a point of money, getting this sold at the valuation.” Selvaratnam revealed that many service providers have been giving reduced rates to contribute to the maintenance of Equanimity. “That’s how much it means to the country,” she said. “We’ve rebranded her for the world and put that prosperity alongside integrity – money alongside courage.”

As a result, Nelson advised that the guide price set by Winterbothams is “a target buyers should accept.” He admitted that Equanimity had attracted “opportunists” chasing a “fast sale.”

“There are no credibility issues here about whether this is a fair price. It’s a proper valuation by a proper firm that would be supported in a court if challenged,” he said. “She’s not a fast sale, she’s not being given away on bottom bargain prices – the government has been very firm on its position.”

The presence of “bottom feeders”, as Nelson described them, was exposed in the first phase of the judicial sale, which invites the submission of sealed bids to be opened in the presence of a lawyer. The official valuation of the yacht follows. If the bids do not match or exceed the valuation (as they did not in this case), the sale must return to court and enter the second phase. This has seen the team go out into the market and increase publicity to reassure the legitimacy of the sale.

In this regard, the buyer will have an absolute right over Equanimity. “Whoever is buying Equanimity doesn’t need to be worried about the baggage of previous history,” Selvaratnam said. “The slate is wiped clean - no-one will be able to touch the vessel once she is sold through the court process." No previous owner has come forward to claim Equanimity, Selvaratnam said, “They have made a bit of noise in the media but in court, where it matters, no-one has turned up.”

Additionally, the pair revealed that the yacht’s interior, and all possessions therein, have been left undisturbed and will pass to the future owner of Equanimity. “If there is a question about the boat being plundered in some way then - absolutely not,” Nelson said.

“There are no gaping holes where pictures used to be, there’s a piano, she’s got all her tenders and toys, there’s an extremely nice wine cellar - I’m no wine connoisseur but I know big labels when I see them,” he said.

However, Nelson did acknowledge that “there are some maintenance issues that need to be addressed.” “Because of the circumstances it’s not been so straightforward for this yacht to be maintained as it should have been, so there are question marks about what needs to be done and how much needs to be invested,” he said.

Despite this, Burgess has been seeing “greater traction” since the Christmas period, with strong interest from Australia, Asia and the US. “There’s quite a lot of dialogue at the moment from all regions,” Nelson said.

While Equanimity is not a “distress” sale, the superyacht is on a “fast-track” to sell before March 31. On this date, the sale and its process will be reassessed in court. “At that stage, the court will want to see what’s happened, the progress, any recommendations and [consider] if we should change the strategy,” Selvaratnam explained.

She added: “The Malaysian government is the owner of the vessel - they could charter it or sell it but they’ve decided to go down the judicial sale route. It’s a renewable process. We want to do whatever we can in this window to see what happens.”