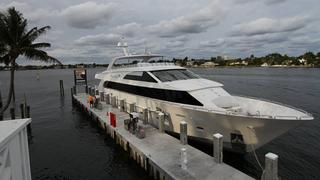 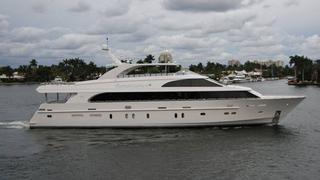 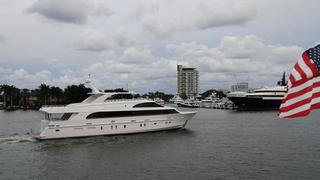 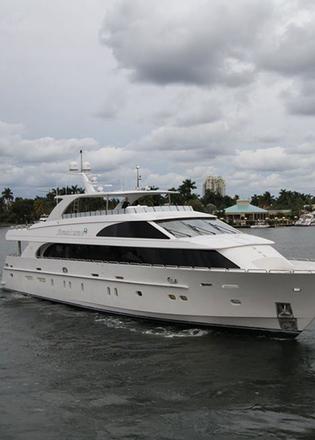 The recently launched 35.4 metre Renaissance, the first Hargrave 116, will make her debut at Yachts Miami Beach this month (February 11-15).

Renaissance was built from fibreglass and launched by Taiwanese builder Kha Shing in November last year. Following final outfitting and sea trials she was then shipped to Florida ready for the boat show.

The project had a difficult start because the original hull of the Hargrave 116 was damaged in a fire that broke out in August 2014 at the Kha Shing shipyard in Kaosiung City, Taiwan. The yacht was already 60% complete when the fire occurred but the experienced owner, who is a four time repeat client of the yard, immediately authorised the builder to start again.

Naval architecture is from Jack Sarin and exterior design is from the team at Hargrave Yacht Design.

Mike Joyce, CEO of Hargrave Custom Yachts, said the Hargrave 116 “has a lot of what people loved in our Hargrave 125 but at a reduced size and on a faster hull platform".

“Working together with designer Jack Sarin and Caterpillar we have fine tuned this design by shape and weight to offer maximum performance using the latest Tier 3 version of the 1900 HP Acert Series engines,” Joyce added.

The C-32 Acert Caterpillar engines give Renaissance a top speed of 25 knots. She has a draught of just 1.83 metres.

Up to 10 guests can be accommodated in a comfortable main deck master stateroom and four guest suites on the lower deck. The yacht also has room for five members of crew. Interior design comes from Yacht Interiors by Shelley.

Update on yacht destroyed in fire at Kha Shing shipyard