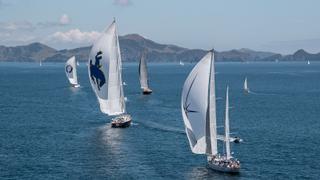 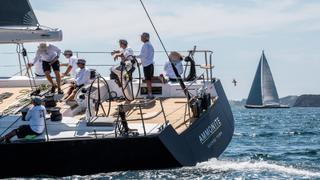 First time contender Ammonite has won the 2018 New Zealand Millennium Cup after taking line honours in four out of the six races.

The 24.72 metre Southern Wind sloop fought off fierce competition from reigning champion Tawera, who recovered from a slow start to take first place in Race 4 and Race 5. This left a four-point gap at the top of the table, meaning Tawera needed to win the final race and hope that Ammonite came fifth or lower, but the newcomer held firm amid a changeable light breeze to take the overall title with victory in Race 6.

The regatta got underway on January 24 with Ammonite showing strong form with a series of slick manoeuvres to hold off the challenge of Silvertip in Race 1.

Bright conditions and an innovative handicap system ensured for spectacular racing in the Bay of Islands, with competitors finishing within minutes of each other. However, it was Ammonite again who took line honours in Race 2.

Out on the water, teams were presented with a split-track dilemma, which Ammonite expertly navigated to continue her winning streak. Race Four was a different matter altogether, with Ammonite falling back to fifth place, setting up today’s dramatic finale.

“There’s no better place in the world to sail,” said Ammonite owner Marcus Blackmore at the prizegiving later that evening. “Thanks go to all the sponsors and in particular Doyle Sails New Zealand’s Mike Sanderson who helped us understand local conditions,” he continued, going on to say that he hopes to defend the title next year.