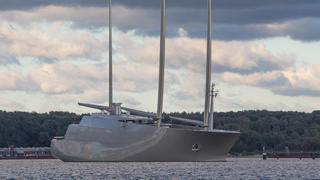 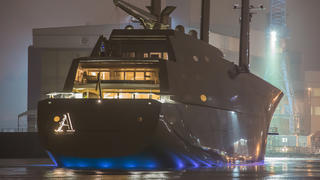 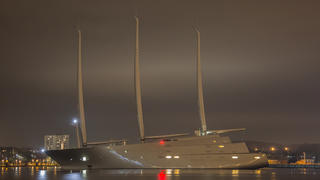 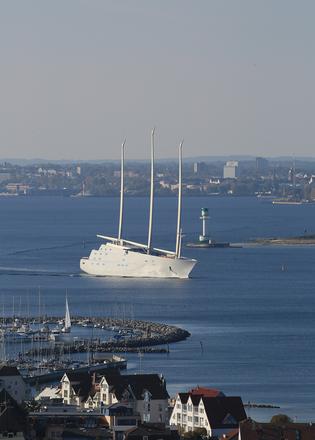 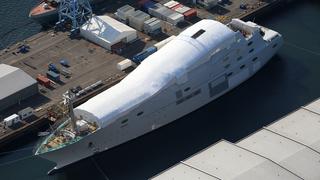 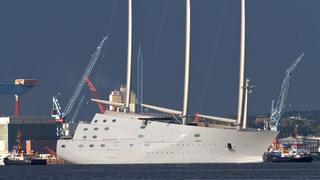 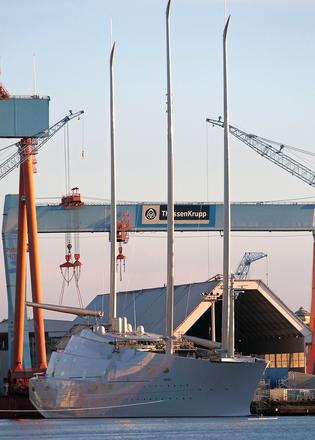 Sailing Yacht A, one of the world's largest superyachts, has been delivered by German yard Nobiskrug, it has been announced.

Holger Kahl, managing director of Nobiskrug, said: "Born from the desire of the owner to push the boundaries of engineering and challenge the status quo of the industry, Sailing Yacht A is undoubtedly one of the most visionary projects Nobiskrug has ever been involved in.” The German yard added that she has a total interior volume of approximately 12,600GT.

In an exclusive with Boat International last year, full details of the boundary pushing technology of Sailing Yacht A and her true name were revealed. Key features on board include an underwater observation pod, hybrid diesel-electric propulsion system and state-of-the-art navigation systems.

Sailing Yacht A underway in 2015 | Photos by Carl Groll/The YachtPhoto.com

The first aerial images of Sailing Yacht A emerged in March 2015, giving us a glimpse of her gargantuan dimensions and unique form. Indeed, she should prove to be just as much a head turner — if not more so — than owner Andrey Melnichenko’s iconic Motor Yacht A. Both vessels were styled by the renowned French designer Philippe Starck.

The build of Sailing Yacht A | Olaf Eggert/TheYachtPhoto.com

Nobiskrug, part of Iskandar Safa’s Privinvest Group, technically launched Sailing Yacht A in 2015, and the build was shrouded in secrecy ever since. Dutch studio Dykstra Naval Architects designed the rig and keel, while Magma Structures in the UK built the carbon masts for Sailing Yacht A, which tower up to 100 metres above the waterline.

Twin 4,827hp MTU diesel engines will give her a top speed of 21 knots, while her cruising speed of 16 knots should return a transatlantic range of 5,320 nautical miles.

Exclusive: pushing the boundaries of technology, Sailing Yacht A