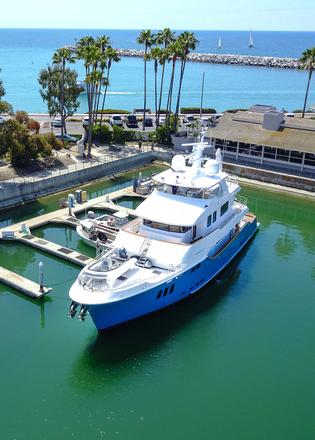 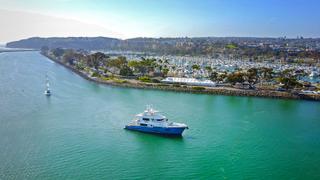 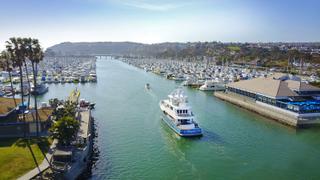 The N100 was handed over to her new owners last week and is currently on a shakedown cruise throughout Mexico. Serenity's delivery follows her launch in Ensenada in April this year.

Previously described as a Nordhavn 96, Serenity is now called a Nordhavn 100 due to deck extensions. Her aft extension was added to increase the size of the cockpit as the owner is a keen sportsfisherman. The modifications included the addition of an elongated transom and swim step that extended the motor yacht’s LOA by 36 inches.

Despite the longer stern, Serenity retains the unmistakeable Nordhavn style, with a bulbous bow and high freeboard – ideal for tackling rough seas — while her colourful hull finish is described as “Stars and Stripes blue”.

Serenity has a customised five-cabin layout which provides enough accommodation for the owner and his entire family. Meanwhile, the crew quarters can accommodate up to four staff.

The modern interior décor was developed by Destry Darr Designs with key materials including walnut wood, stainless steel inlays, and rare stonework. According to Nordhavn, this has created a neutral palette of grey, cream and brown, which will contrast with the vibrant artwork on board.

Power comes from a pair of 454hp Caterpillar C18 ACERT diesel engines for a top speed of 12 knots. When trimmed back to her cruising speed of nine knots, Serenity has a 3,000 nautical mile range, drawing on a total fuel capacity in excess of 26,000 litres.

Other superyacht projects currently under development at the yard include 9616, the fifth hull in the Nordhavn 96 series, which is due to hit the water before the end of the year.