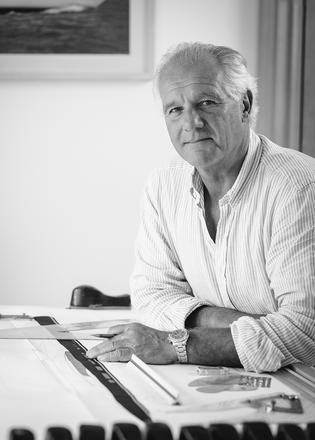 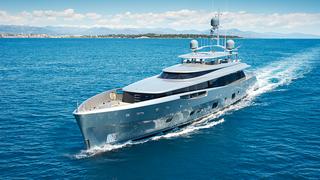 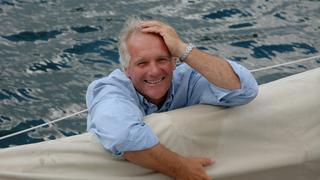 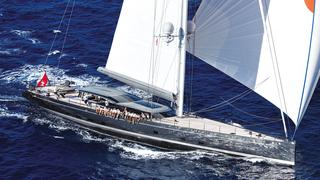 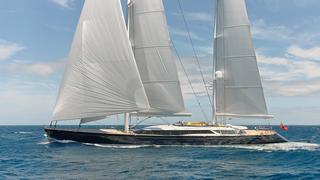 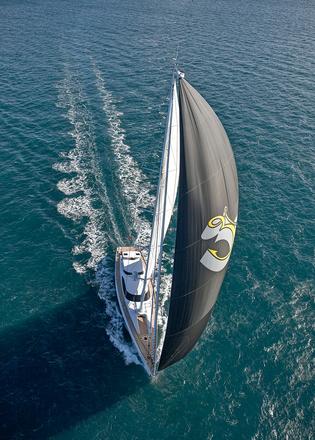 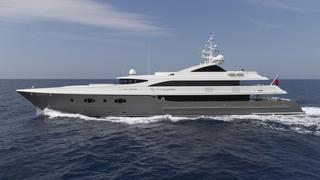 Update: Since publishing this we've received even more tributes, which are published in full at the bottom of this article

Tributes to legendary yacht designer Ed Dubois have poured in since the sad news of his death last Thursday. The company he founded, Dubois Naval Architects, announced his passing in a statement, saying that despite a period of illness last year, he had recently been in better health, but was unexpectedly admitted to hospital last week.

“Ed’s career spanned decades and his passion, commitment to his work and love of his clients created a unique business, driven by exceptional design and technical talent and a genuine desire to create the most breathtakingly beautiful and technically advanced yachts that are now scattered across the globe,” the statement said.

Peter Bolke, who has worked at the company for 23 years, has been announced as the new managing director.

Over the weekend, tributes flooded in from superyacht owners and those from the industry, who have come together to share their finest memories of Dubois and celebrate his greatest achievements.

Boat International Media President Tony Harris led the tributes: "Ed was the preeminent sailing superyacht designer of the modern era. But he was always more than just a yacht designer; he was a sailor, storyteller, indefatigable charity fundraiser, entrepreneur and a loving father and husband who will be missed by everyone whose lives he has touched. His genius will be remembered long after we are all gone, as his classic designs will outlive us all. I have had the pleasure of Ed’s company from Auckland to Istanbul and I feel sure he’ll have a 'dark and stormy' ready for me when I meet him next. Sail on Ed"

His genius will be remembered long after we are all gone, as his classic designs will outlive us all

Neville Crichton, who commissioned Dubois to design nine superyachts for him, expressed his shock and sadness at his passing. "I have lost a great friend, his family has lost an utterly devoted husband and father and the industry has lost a legendary yacht designer who leaves an unrivalled legacy. Ed has designed nine boats for me in the 35 years we have known each other. Every design expressed both his fine eye for the aesthetics of yacht design and his unbridled passion and the development of superyachts.

"Both working and sailing with Ed was always an absolute pleasure as he found the light side of every situation. I will always remember his laughter during our time together, whether it was working out the details of a new design or cruising on a new yacht. My sincerest condolences go to his wife, Honor, and their children for whom I know Ed was the centre of their world, as they were to him.”

Malcolm McKeon, who worked with Ed for more than three decades, said: “Ed was a charismatic man, who brought a smile to the face of everyone he encountered. After working together with Ed for more than 30 years, and creating countless successful designs, I have many enjoyable memories and experiences which I will always treasure. Ed had an incredible positive energy, and an infectious enthusiasm for the work we did. He will be remembered always.”

Ed Dubois was indeed a superb visionary designer, but moreover, he was a thoughtful, kind and compassionate man – a true gentleman

Dubois designed 50 metre Turquoise (now Double Trouble), the first superyacht built by Turkish yard Turquoise Yachts. In a statement from the builder, CEO Mehmet Karabeyoglu hailed Dubois’ design for “propelling Turquoise Yachts into a new direction of superyacht design and building”. He said: "Ed Dubois was indeed a superb visionary designer, but moreover, he was a thoughtful, kind and compassionate man – a true gentleman. I also knew him to be a loving husband and father with a strong commitment to family.

"In addition to a professional relationship between Dubois Naval Architects and Turquoise Yachts, Ed and I enjoyed a deep personal connection – sharing a passion for the sea and sailing. We never ran out of interesting conversation and sea stories respecting each other’s experiences and enjoying each other’s sense of humour. We at Turquoise Yachts wish to offer our sincere condolences to Ed’s family, friends and colleagues."

Boat International columnist Eddie Jordan said he and Dubois met through children’s cancer charity CLIC Sargent. "I was a patron and he a hugely generous supporter for which I will always remember him,” he said. "More recently, last summer he invited me to the Dubois Cup in Sardinia, a wonderful regatta for boats he had designed, and a triumphant success with Ed and his family. They were all in great form enjoying every moment. Ed Dubois was an extremely talented man but it was his generosity, fun-loving, caring and happy manner that had the most effect on me. I will miss him greatly.”

Ed Dubois was an extremely talented man but it was his generosity, fun-loving, caring and happy manner that had the most effect on me. I will miss him greatly

Barry Houghton, who owns Dubois yacht Salperton IV, said: "Ed was not only a fantastic and original designer but an amazing powerful character who had a charming personal style as all who knew him experienced. I commissioned three new yacht designs from Dubois Naval Architects and had spoken about a fourth. The design and build process was one of the best times that I have had and if you add to this the fact that Ed was a megastar at the social and party scene in the superyacht industry, it's easy to see how sail yacht builds with Ed were a great experience. He will be sadly missed by all who met him.”

Paola and Salvatore Trifiro, former owners of 50m Zefira, were amongst the first to offer their tributes. "The knowledge with Ed, ten years ago, literally changed our life, "ferrying" us from the nice but heavy, wood or steel boats to sleek, streamlined creatures he designed, always ready, prow to the wind. He did for us the beautiful Zefira, who is still in the eyes of her many admirers, introducing us to the world of fast performing cruising sailing boats and also to that of the regattas. Now he has left us, suddenly and silently, as it was in his nature of a real gentleman, always kind and smiling. Our sorrow is enormous, we'll miss him so much, but if we do improve, we'll see him sailing free into the wind towards an unknown but serene island in the sky. Ciao Ed!”

Encore, Ganesha and Mondango 3 were all designed by Ed Dubois

The owner of the Dubois-designed Mondango 3 first met Ed when looking for a sailing superyacht at the Monaco Yacht Show in 2005. "When we were leaving the show, we passed by the Dubois booth. I didn't know Ed but had heard of him. I left my card and mentioned that I would be in London the following day. Not only did I hear from him, but he was at our flat either the same day or the day after. For the consummate salesman this was a tip not to pass up. With Ed's knowledge of his craft and being the salesman he was, he convinced me of what we wanted. We always had good times with Ed. He will be missed.”

We are currently on a three year round the world trip enjoying Ed's design which never goes unnoticed wherever we drop anchor and we are certainly proud of it. Thank you Ed for all this

The owner of Escapade, a Fitzroy-built Dubois boat, paid this tribute. "Ed was certainly acknowledged as one of the great – if not the greatest – naval architects of our time for sailing superyachts. By continuing to explore new technologies, he managed to merge performance and elegance in his designs and by co-operating with talented interior designers provided a very high level of comfort in what is, no matter the size, always a challenge on a sailing yacht. We are currently on a three-year round the world trip enjoying Ed's design which never goes unnoticed wherever we drop anchor and we are certainly proud of it. Thank you Ed for all this.”

“Last year we had the great opportunity of personally meeting Ed Dubois during the owners' event at the bucket race in St. Barths,” explained the owner of Bella Ragazza, a Dubois yacht launched in 2004. "Bella Ragazza is our first Dubois sailing yacht. Even though we bought her at the age of 10, the design still looks brand new and is absolutely timeless. Ed was one of only a few designers who were able to find a good balance between a cruising boat and a performance boat. We are very happy to own and run such a great yacht and she will always remind us of her great designer.”

Douglas Barrowman, owner of 55.4m Turquoise, described Dubois as the perfect gentleman. "All I would say is that Ed was a great man whose memory will live on through the beautiful yacht designs that he created; both power and sail. The Dubois Cup last year was a showcase for his life's work and as owner of Turquoise, a Dubois design, I was privileged to be a part of the event."

A recent tribute from Andrew Langton and Pascale Reymond reads: "Ed was such a charming and talented designer, a true legend. Such a great loss and our heartfelt condolences go to Honor and their children. We were fortunate to work on a number of his amazing yachts from Turquoise to Mondango 3 and it was always such a pleasure to be around Ed, he was a very special person indeed and will be greatly missed."

Lang Walker, owner of 58 metre Kokomo, added: "Ed was the father of modern yacht design. Twenty five years ago he pioneered the current style and was a leading light in changing new yacht design to wrap around windscreens. He was a talented designer with a great team.

"I got to know Ed very well through the design and construction of three ‘Kokomo’ yachts over the last 18 years. We had many enjoyable times and Ed was a real character with a terrific sense of humour. He was also a master raconteur. Ed will be sadly missed, but long remembered for his achievements."

Ed is real loss to the industry. He was quite the raconteur

Henk de Vries, CEO of Feadship, worked with Ed Dubois since 2011. His tribute reads: "Ed Dubois will be remembered as a designer of amazing modern craft, but I will recall him as that unique philosopher-gentleman, soft spoken and modest. Feadship and Dubois started working together in 2011, and under his guidance we were allowed to create works of art on the water. Ed became a friend, long may his ships sail."

Tony Hambrook, who was the CEO of Alloy Yachts in New Zealand where many Ed Dubois yachts were built, echoed the sentiments of many: "He was an absolute pleasure to work with, he had some very original ideas, many of them he developed himself and they contributed to the success of his business and ours. We had a mutually beneficial arrangement. He introduced us to some customers and conversely we introduced clients to him. It was not a contractual thing; I think we appreciated each other’s ability.

"Ed is real loss to the industry. He was quite the raconteur. He was very good at telling stories and part of his success was due to his ability to get along with people.