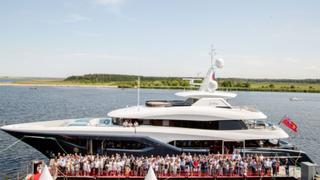 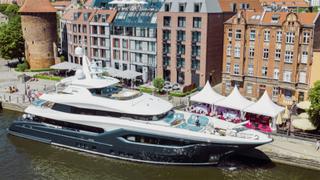 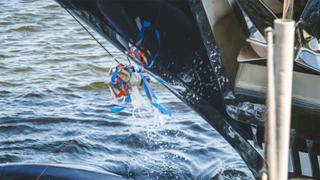 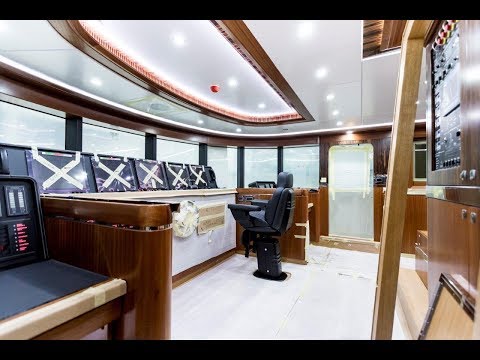 Viatoris, which is set to make her debut at the Monaco Yacht Show in September, is the largest yacht ever to be made in Poland. She was christened in the presence of owners and project staff during a celebratory weekend in Gdansk.

It is now understood that Viatoris is set to leave Poland to head north to the fjords of Norway. She will then make stops at other northern European cities before proceeding to her base in Croatia.

Viatoris' accommodation is for up to ten guests split between five cabins: a full-beam main deck master suite, with fold-out terraces on both sides, and four equally sized double cabins below decks, which can be converted into two large VIP suites when needed.

Meanwhile, the crew quarters allows for a staff of up to six people and includes a crew mess for seven.

Built from a steel hull and aluminium superstructure, this tri-deck yacht features a homely interior décor created by the in-house team at Conrad Shipyard, using santos rosewood and makassar ebony.

Key features include a main deck saloon that can be opened up to the exterior with three sliding doors and fold-out side decks. Up to 12 guests can enjoy a meal here thanks to the large dining table.

The expansive superyacht sundeck on Viatoris is focused on entertaining, with separate areas for dining and sunbathing, as well as a Jacuzzi towards the bow.

It also has an optional sauna and fitness zone.

Meanwhile, the upper deck has been fitted out as a cinema room, with seating for seven facing a large television screen. A dumbwaiter allows for seamless restocking of the adjacent bar.

For added comfort and a peaceful night’s sleep, Conrad Shipyard is fitting CMC’s electric zero-speed stabilisers. Tender storage is available fore and aft, with a foredeck davit crane and a transom tender garage, which doubles up as a beach club.

Power comes from a pair of 670hp Caterpillar C18 Acert engines for a top speed of 13 knots. When trimmed back to 10.5 knots, Viatoris will boast a transatlantic range of 4,000 nautical miles.

With a length overall of 40 metres and a beam of 8.3 metres, the yacht will have a displacement of 355 tonnes at full load.