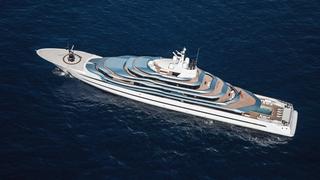 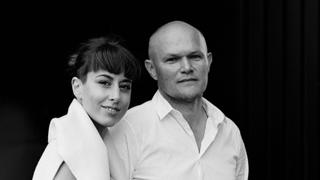 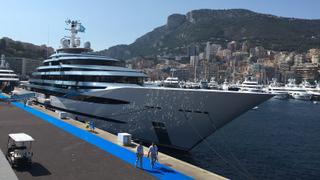 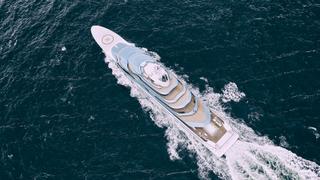 At the recent Monaco Yacht Show, Natalia Langsdale caught up with superyacht designer Igor Lobanov for a quickfire Q&A session in which he opened up about his career so far and his 110 metre masterpiece,Jubilee...

Tell me about your early career.

My very first yacht project was a 120 metre yacht called D120. We designed her in 2007, signed the contract with the client and it went out to tender at a number of shipyards, but didn’t survive the 2008 crisis.

Our first new-build yacht, the 85.6 metre Amore Vero (ex-St Princess Olga), was delivered in 2013 by Oceanco. The second one was very significant for us, as well as for the Netherlands — the 110 metre, Jubilee.

We also produce a number of concepts sometimes, just to let the head dream freely. The most noticeable concepts are the sailing yacht Phoenicia and the symmetrical superyacht, Star.

How would you describe Jubilee?

Somebody on Instagram said it’s “a magnificent piece of machinery”. I cannot say it better than this.

How did you get involved with the Jubilee project?

I received a phone call from Rupert Nelson of Burgess, the client’s representative, who asked me to send him our portfolio of large projects. The client had visited our 85 metre yacht, while it was under construction at Oceanco, liked the yard and our work, but wanted a larger vessel. The Unfoundland concept was chosen to go ahead with and the client never really asked to change anything, except maybe some small furniture details.

How much of your own creativity was permitted?

We were allowed to do anything we wanted. In any project we always give our clients more ideas than it is possible to fit in. We don’t expect ideas to be implemented 100% — it’s simply impossible. This is the nature of custom projects: not all design ideas can be manufactured with reasonable costs or within given timeframes. Therefore you should give 140% to get a 110%-looking yacht.

What inspired the design?

It started to take shape once we had the shipyard’s platform and a hull at the early stage of development. This particular platform had unusually high deck heights. So I started to think about a visual trick to hide the above-average height of the yacht by creating the impression that there are more decks than there actually are in reality.

The platform disappeared, but the styling idea remained. I hoped many thinner layers would give a feeling of a 140 metre yacht on a 110 metre hull. We wanted to confuse onlookers with the number of layers and let them decide how big the yacht actually was.

What are your favourite features of Jubilee?

Nearly all the exterior lighting is made with LED strips. Some downlight spots are mounted in limited areas, but there are no ceiling panels. When you come on board you will only see smooth surfaces without the chaotic grooves that are usually generated by panelling. On the exterior main deck, Jubilee has a single 100 square metre pattern on the ceiling above the main dining table. Each piece of exterior furniture is designed and custom built only for this particular yacht.

Initially, I called the project Unfoundland — the soil yet to be found. This is because when viewed from above it reminds me of a topographic map of an island with different height levels around the top of the highest point.

I am particularly proud that it’s a PYC-compliant vessel, certified to safely carry more than 12 passengers on board. I think we’ve produced one of the most, complex and minimalistic exterior designs of a yacht. People keep thinking two-dimensionally, so we’ve produced a profile that is particularly simplified in order to underline that the yacht is a complex three-dimensional object.

We decided from the beginning to introduce a conventional classic hull. The hull works as a kind of contrast to the freely moving superstructure shapes. I thought that a more advanced and unusual hull shape may have less chance of being built. With reverse bows and aggressive hulls people getting lost trying to understand what they are seeing. But on Jubilee, the funnel collects the layers and visually nails them all down to the hull.