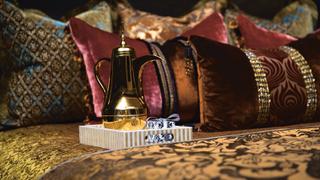 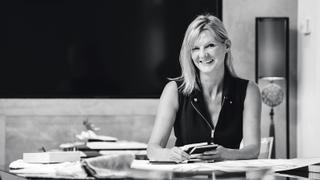 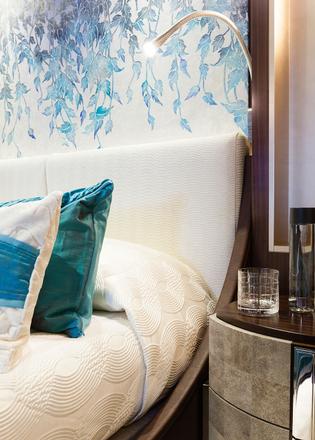 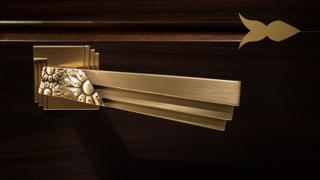 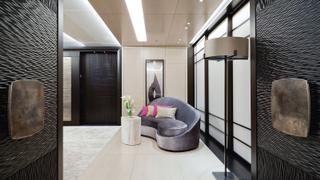 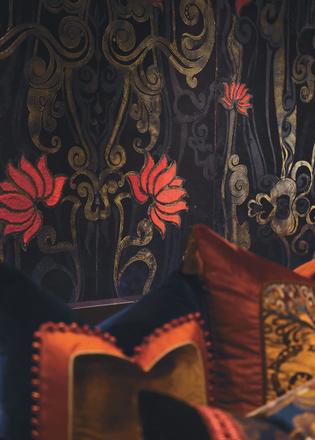 As one third of the team at Reymond Langton, Pascale Reymond has been responsible for the design of a number of notable superyachts, from the 134 metre FincantieriSerene to the 91 metre LürssenLady Lara.

Like many yacht designers before her, Reymond’s studies began in the more traditional arts. After gaining a Masters degree in art history at La Sorbonne in Paris, she went on to study interior design and 3D design at the Chelsea College of Art and Kingston University in London. In 1989 she began working for superyacht designer Donald Starkey, remaining there for 12 years.

In 2001 Reymond founded her own studio with partner Andrew Langton; the talented duo were joined a year later by Jason Macaree, and the three now run the studio, while remaining heavily involved in all elements of the design process. According to Reymond, while the studio has no signature style – each project is a chance to do something entirely new, suited to the client’s tastes – what sets them apart is their passion and attention to detail. Reymond Langton create interior and exterior design that “is discovered as it is lived in”, with elements that make the everyday easier and more luxurious.

As well as the quality of the work, Reymond is also proud of the fact that in the traditionally male-dominated industry, 75 per cent of the company’s employees are women. The studio has won a number of awards, including a ShowBoats Design Award for 40 metre HakvoortApostrophe and a World Superyacht Award for 73 metre Nobiskrug yacht Mogambo.

Pascale Reymond on accessories and furnishings

There are two elements to accessories and furnishings on a superyacht. There is hardware, such as door handles and doorknobs, safety rails, cabinet and wardrobe handles, which is part of the architecture of the boat and will be decided on at the beginning of the project, and then the accessories, or ‘finishing touches’ such as cushions, cashmere throws and decorative objects, which we will add at the end. Of course there is also art as a decorative element but that is a subject entirely of its own.

A lot of the time, we’ll be designing our own hardware, as it gives us the chance to do something quite unique. We’ll often integrate them into the joinery, so that it becomes a decoration on the cabinet or door: an element of the design. It’s touches like this that are important to the sense of luxury on board.

On our latest project, Aviva, the doors are very sculpted and hardware is integrated and has a special finish. It’s a very contemporary look and required a lot of clever engineering to make it work. On Kismet, we used very elaborate finishes. Each guest suite on board had similar architecture but a slightly different theme, from a Japanese suite, to art nouveau and art deco rooms, and so we designed special hardware for each cabin. It was quite an extravagant thing to do, as rather than designing a series, we were designing for the production of just a couple of handles for a wardrobe or door, but it added an extra special element to each room scheme.

Choosing accessories will come at the end of the project because one never really knows how the design is going to turn out. It might start out one way and after two or three years it has matured or changed and so we need to add elements that are completely different from the original plan. Another reason for waiting is simply so we have items from the most recent collections.

I will never shop for everything in one go, or try to match things, like colours for instance; it would end up looking far too much like a hotel. It’s important that we take our time, to create a space that feels like a home. The objects on board need to feel like a personal collection acquired over time.

Rather than creating a shopping list for a project, I’ll often simply walk around antique shops and galleries in London to see what I come across. It’s a much more organic way of furnishing a space and I like to be surprised by things. There are a few places I often go to, such as Linley, which produces beautiful marquetry pieces, and the Pullman Gallery on Pimlico Road, which is great for art deco design schemes and often has really unique things.

On most projects there will be the basics, such as cashmere throws, cushions, and the things that make it a more comfortable space, items that blend into the background, and then pieces that tell a story or act as a conversation starter. It’s nice to have objects on board with some history behind them. Occasionally the client will have things they want to incorporate, which we’ll need to find a space for, even if it doesn’t quite correlate with our vision.

Of course every project is different, and so there’s no particular formula for the right accessories and furnishings; this is what makes it interesting. I always enjoy the research that goes into sourcing accessories and furnishings for a superyacht. It’s about creating a really interesting collection of items and decorative elements that adds to the client’s experience on board.

Objets of desire: The ocean-inspired collectables to keep on board