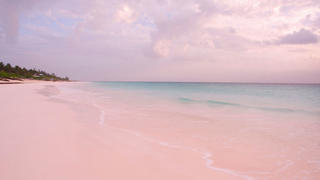 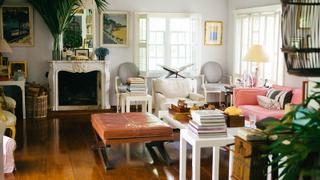 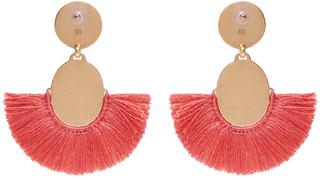 Caribbean dream: India Hicks on the endless inspiration of the Bahamas

A serene sailing boat isn't the vessel for India Hicks. She prefers one with a motor, preferably her Boston Whaler “filled to the brim with savage children and tearing across the bay at top speed”. It seems a fitting metaphor for a woman who undoubtedly throws herself full-on into life.

A model turned designer turned entrepreneur, Hicks lives with her partner, David Flint Wood, and their five children on Harbour Island, a 4.8km long, 1.6km wide island in the Bahamas. Life there, she says, consists of long beach runs, waterskiing in the bay, plus “anything for a thrill: jumping into blue holes, rope swings, hoverboarding. I’m a very active person and jump at the chance to do anything dangerous”.

She spends a lot of her time hopping between the US for business and the UK to see friends and family (her mother, Lady Pamela Hicks née Mountbatten, is there), but Harbour Island has been home for 25 years. "I am reminded every day to be incredibly grateful," she says. "There is a wonderful community, which my children have grown up with, and that’s given them a good outlook on life. The infrastructure has grown enormously since I’ve lived here. We now have a very good sushi restaurant and deli. When I first arrived there wasn’t a hint of smoked salmon, let alone sushi.”

Home is Hibiscus Hill, a beautiful 1950s villa set in tropical gardens. There is a guest house on the property that the family rents out, along with other properties on the island. The interior scheme of each was conceived by Hicks and her partner, and while her father, the famed designer David Hicks, was known for his vibrant use of colour, the couple have favoured a quieter palette. “I think in the Bahamas, there is such a kaleidoscope of colour on the outside – pink bougainvillea, scarlet hibiscus, the pretty pastel colours of traditional Bahamian buildings – that I tend to favour more neutral interiors as a contrast,” she says.

Hicks’s most recent project has been in the UK – the renovation and redesign of a new holiday home in the Oxfordshire countryside. She has written a book, A Slice of England, published by Rizzoli, which offers a glimpse into the project, as well as historic properties such as Broadlands (the stately home that belonged to her grandfather, 1st Earl Mountbatten of Burma) and The Grove and Britwell House, both designed by her father.

When she is not designing interiors, writing books or collaborating with brands such as Crabtree & Evelyn – “my boat is actually named Spider Lily after the first fragrance I created for them” – she is working on her eponymous lifestyle brand. Her biggest endeavour to date, India Hicks is a curation of fashion accessories, gifts and home and beauty products, which she launched in 2015. “It felt like a real now or never moment and I wanted to do something I could really create and build up,” she says. The company follows a direct sales model, selling its products through a network of ambassadors as opposed to retail spaces. “I wanted to empower women, so we came up with the idea of a trunk-show business so women like me could work from their own home. In the community we’ve created, we all feel strongly about being able to stand on our own two feet, feeling relevant at this stage in our lives and being confident in breaking our own glass ceilings.”

Her childhood was spent riding horses, but she occasionally spent time on yachts, although not always with great success. She tells how her father was once offered the use of a large yacht one summer as payment from a Spanish client. “We all went to Spain to board this yacht, but the very next morning we discovered my father had disappeared. He’d left a note saying that he could not tolerate the hideous interior on board and had had to leave,” she says.

I ask what her perfect superyacht interior would be. “Oh, I’m quite traditional. I would opt for navy and white as a colour scheme, with lots of dark mahogany or stained wood,” she replies. “But to be clear, I’d also take a hideously decorated yacht for free.”