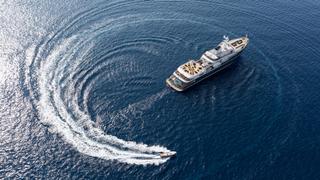 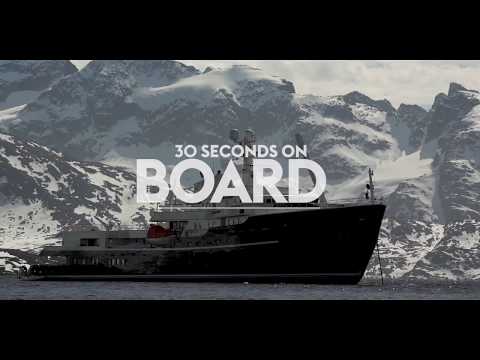 The 77 metre explorer yacht Legend has released a point-of-view video of its helicopter landing on the aft deck during a charter in Antarctica.

Captured by filmmaker Shelton DuPreez, the video shows the helicopter coming in to land while Legend sits on calm Antarctic waters surrounded by glacier ice.

Legend started life in 1974 as an ice-breaking tug so is naturally adept in colder climates. A 12 month rebuild at ICON Yachts in 2015 saw her converted into one of the first Lloyds-classed ice capable superyachts in the world.

During the conversion more than 100 tons of steel and aluminium were renewed and its stern was lengthened by 3.6 metres. But despite her hardy exterior, her interior can accommodate up to 26 guests in 13 cabins, and houses a Balinese themed spa and a cinema room.

This winter Legend is exploring Antarctica and will be north heading to the West Mediterranean, Northern Europe, Greenland and Iceland for the summer charter season.

BOAT Pro's Global Fleet Tracker shows that Legend has since made her way North from Port Foster in Antarctica to Stanley in the Falkland Islands off the east cost of South America.

She is managed for charter by Y.CO

How to see the Northern Lights by superyacht