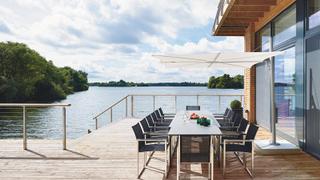 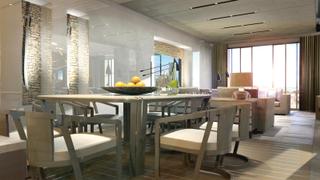 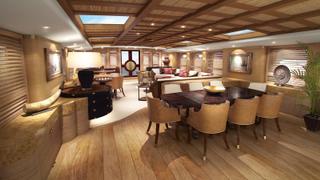 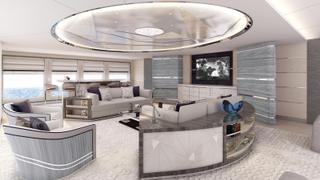 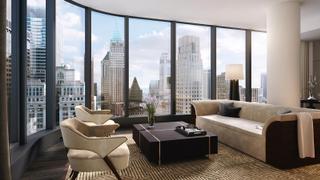 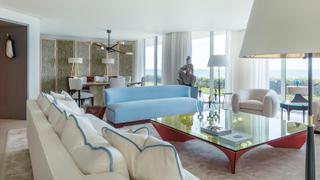 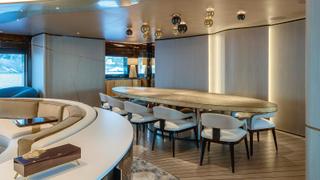 Claire Wrathall discovers why superyacht designers are in increasing demand when it comes to projects on dry land...

Interior designers specialising in residential projects have long been asked by satisfied clients to work similar miracles on yachts. Witness Alberto Pinto’s classic designs for Plan B, Natita (now Luna B), Alfa Nero and Axioma; Studioilse’s strikingly original schemes for Shemara; or Oliver Laws’ classically art deco reinvention of the 1937 motor yacht Malahne. But the tide appears to be turning, and yacht specialists are increasingly bringing skills and ideas honed on the water to homes on dry land.

In some instances, clients choose a yacht designer because they want nautical references. Take two recent projects by Bannenberg & Rowell: a newly built lakeside house in the Cotswolds where the waterfront balcony, deck and guardrail conjure a sense of being on a boat (pictured above); and a range of teak-floored stone townhouses in the Barr Al Jissah marina, Oman.

But really, says Mike Fisher, creative director of London-based Studio Indigo, it is “space and light [that] clients are looking for”. Such is his practice’s reputation for amplifying a sense of expansiveness in a confined area by improving the general arrangement of a yacht – recent projects include the interiors of the FeadshipCallisto, the classic wooden sailing yacht Zanziba and the Bannenberg & Rowell-designed Joy – that it is “getting more and more requests from clients for small pieds-à-terre in London, New York, Moscow or wherever. They’ll say: ‘I’m going to use it once a month or once a week. I just want it well designed internally and to feel really smart.’ That’s where the boat knowledge comes in.”

One client has gone so far as to brief Studio Indigo to design “a superyacht in the sky” – a skyscraper penthouse with fantastic views but, as Fisher says, a “very awkward” plan. “And the ceiling heights aren’t generous,” he continues. “So already it sounds like a boat.” But by increasing the perception of height throughout and reconfiguring the plan, he is confident the studio has created “something we think is pretty stylish and sophisticated, has a sense of flow and takes advantage of the views”.

Studio Indigo is also at work on a central London hotel, “where the space standards are not, let’s say, generous, where we’re trying to make beautiful, generous and luxurious spaces out of small rooms”, by means of lessons learned on boats. As Studioilse’s principal Ilse Crawford observed when she worked on Shemara, “the rooms work rather like Swiss Army knives. Everything fits precisely into the space”.

In a new 88 storey, 273 unit residential tower in New York’s financial district, designed by the Uruguayan architect Rafael Viñoly, the studio apartments have floorplans of only 38 square metres, hence perhaps the decision to commission March & White, which designed the interiors of, among others, the yacht concepts Perpetua, Carrara, Top Gun, Blue and lately the 90 metre Fincantieri concept, Linea. In order to amplify the space, “we really got into how we could bring clever details and integrated technology to the apartments”, says founding partner James White. “Things like pop-up TVs and a console that converts from a marble-topped kitchen island and breakfast bar to a kind of laptop bar. That sort of adaptability is something we’ve really taken into residential [designs].”

A similar sort of arrangement can be found in the first family home designed by Mike Reeves, a founding partner of the Hampshire-headquartered yacht designer Claydon Reeves, which designed the exterior of Linea, and who applied what he calls his “yacht-design mindset” to convert a two-storey former service garage in London’s Kensington into a four-floor house.

Inevitably space was at a premium (every sofa conceals storage space), so he dug down, enabling him to locate what he calls the house’s “engine room” in the sub-basement, alongside a spectacular eight metre pool (there are two jets to swim against), complete with a wall of custom-made concrete and glass tiles that look convincingly like portholes and continue below the waterline in a two-dimensional but otherwise identical printed form. The pool floor can be raised by means of a hydraulic scissor lift, adjusting the depth of the water to anything between 50cm and 1.6 metres. It can even cover the pool completely to create additional space in which to play or party. (Reeves cites the swimming pool-cum-dancefloor on Onassis’s fabled 1943 motor yacht Christina O as an inspiration for this.)

Made from Esthec, a durable, splinter-free, low-maintenance composite alternative to wood on decks, the pool floor is just one of a range of marine-grade materials and details – from sliding hatches and the retractable glass roof above the bespoke central staircase to the etched corals on the porcelain tiles in the master bathroom – that speak of the life aquatic. The children’s room, for example, has four overlapping and interlocking bunks fixed to its walls in a configuration “you would usually only find in quite cramped crew quarters”, says Reeves. “But it’s fun, and the children love it.” And it leaves them with a bigger area to play in than two sets of freestanding bunks would allow for.

Customised furniture has long been integral to successful yacht design. “Big pieces don’t work on yachts,” says Achille Salvagni, founder of Rome-based Achille Salvagni Architetti, whose recent yacht projects include the futuristic 115 metre Oceanco concept yacht Tuhura, and the 2017 Rossinavi launches Aurora and Endeavour II. Whatever its dimensions, the ceiling heights on a boat will never compare with those on land, he explains. On land, however, “you can alter the scale in a small space with a very big piece” or, vice versa, the scale of a big space with very small furniture, and in so doing “transform the perception and change the balance into something fresh and new”.

It is no surprise that Salvagni is increasingly being asked by clients whose yachts he has worked wonders on to re-invent their homes as well. The owners of Numptia, the 70 metre Rossinavi-built yacht that launched in 2011, were so delighted by his scheme for the boat’s interiors that they commissioned him to design their Palm Beach residences, where the influences of yacht design are evident in the way the bed, bedside tables and headboard appear to be seamlessly joined together, plus an apartment in New York. The three projects, he says, are united by their common “values” and complementary palettes.

Salvagni’s reputation for inventive use of materials also comes from his experience in designing for yachts, he says. He used alpaca, for example, a silvery alloy of copper, nickel and zinc (often used in the manufacture of cutlery), to spectacular effect on Endeavour II and Numptia, and went on to use panels of it on the walls of land-based projects where its qualities remind him of antique French or Venetian mirrors, he says. He is also passionate about wood – the interiors of both Aurora and Tuhura are fully lined in wood, the latter conceived to create a “habitat” of brushed teak, discreetly inset with gunmetal bronze. “With wooden ceilings, wooden floors and wooden walls, you have to find ways to join them with mouldings and panels,” he says. “You can’t leave gaps on boats, just as you can’t just decorate the space. You need to find ways to shape it.”

This, too, has trickled down to residential. On one land-based project he describes, “we didn’t have any tools to hand when we were making [the narrow panels of textured gilded brass inset within a wall of brush-stained oak] so we used pasta – spaghetti, rigatoni, fusilli, stellini – we just rolled it over or pressed into the clay to make the moulds”.

Of course, to craft such spaces, you also need contractors with the right skills and experience, hence Studio Indigo’s decision to employ “a lot of the joiners and fit-out experts” they have met through their yacht projects. As the practice’s joint managing director, James Kandutsch, puts it: “Superyachts are fabricated jewel boxes in many ways, using very high-quality materials and finishes highly engineered to work within a [marine] environment. It’s a generalisation, but if an advance in the F1 world trickles down [to benefit] technological advancement through the car industry, reading it from a very objective view, I see the yachting world having that sort of influence on the residential one.”

What, no casino? Why private jets are the ultimate interior design challenge

Sweet harmony: Mario Pedol on the interior design of 39m My Song