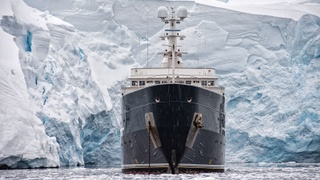 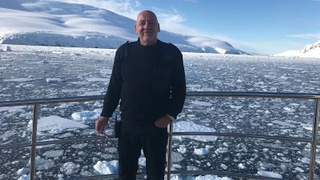 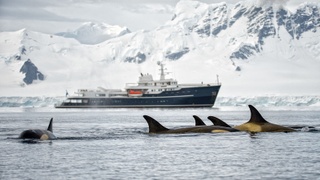 My life in boats: Jan Verkerk, owner of 69m Sherakhan

You cannot imagine when you are a young kid that you will make it and have two superyachts. I dreamed of sailing around the world and going to Antarctica, yes, but to do it on my own boats? No.

I have been sailing since I was a child, but my first big boat was a 1926, 20 metre classic motor yacht. At the time I had a bar and restaurant business, but I left it all behind to live on my boat in the Med for three years.

I am a mechanic by education, so I made my money working on boats. It was the best time. You never have a better time than when you have no money; that’s when you make the most sincere friendships. Finally, though, my mom had to send me $5,000 to buy fuel and I headed back to Holland.

I started out chartering my classic boat for river cruises and eventually expanded to five boats and 40 employees. My first superyacht was the 38.1 metre Jaguar. When the boat was completed, I asked Anne Stellinga, a Dutch broker who worked for Camper & Nicholsons, to take a look. She said: “Hmm, maybe you have to change a couple of things.” I think I got a 20-page list! But I listened and made all the changes. In the end it was one of the most popular charters in the Med.

I did the interior design for 77.4 metre Legend, which has since sold, and it was unbelievable to win the award from BOAT International for Best Rebuilt Yacht. Legend was a multipurpose vessel, built to be an ice-breaker in remote regions.

When I was building Jaguar and 69.65 metre Sherakhan my daughter was watching Jungle Book 24/7, so we named the boats after characters in the story. Sherakhan is now doing destination trips in Greenland, Antarctica and Patagonia. My most memorable trip was the first time we took Sherakhan to Antarctica. We sailed into South Georgia with an escort of at least eight whales and a view of what looked like a million penguins.

Building boats is something I love and I’m good at, but I don’t want a big company any more. I want to restore a Feadship for specialised deep-sea research. Everyone now has a responsibility to ensure that future generations enjoy the natural beauty of our world.

All Images courtesy of Christopher Scholey.

Extreme cruises: Adventures in Antarctica on board 41m Destination

5 tips on how to tackle ice with an explorer yacht

Off the beaten track: the world's wildest superyacht berths

10 days exploring Antarctica on a superyacht