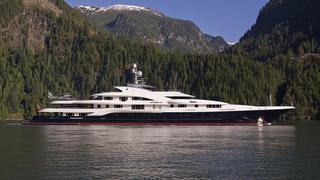 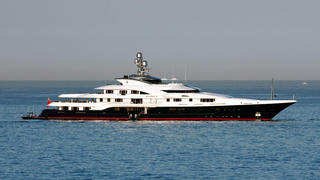 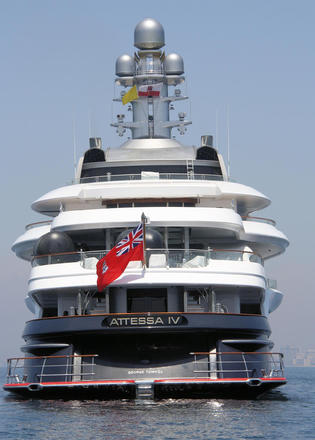 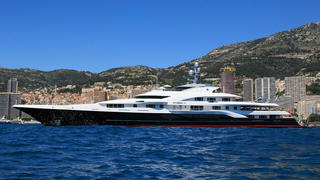 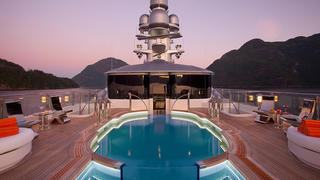 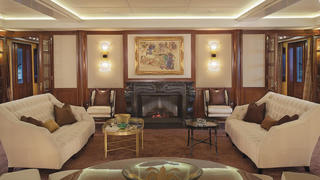 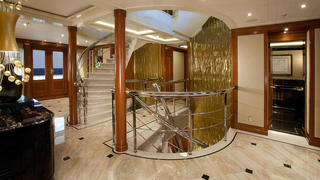 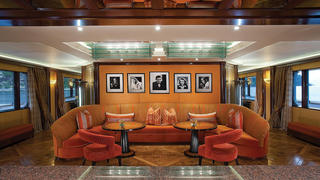 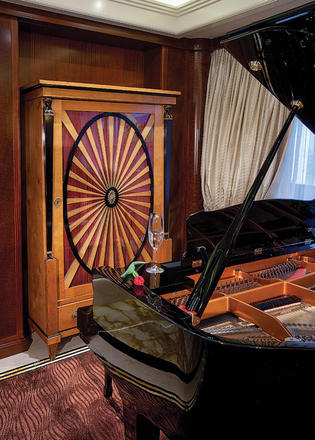 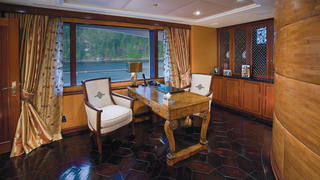 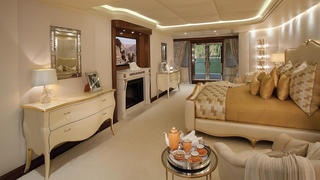 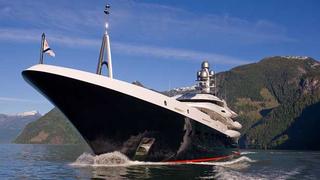 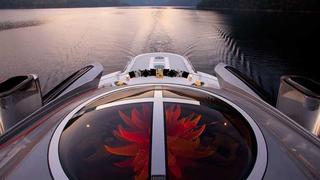 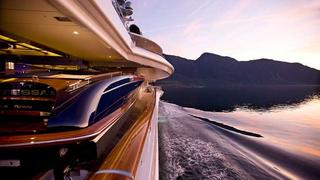 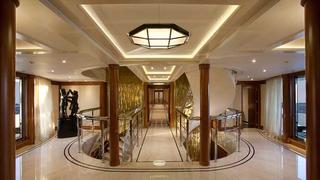 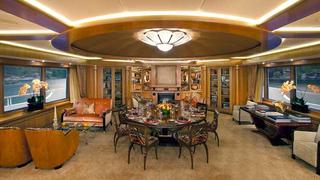 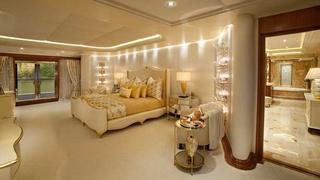 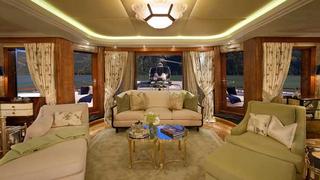 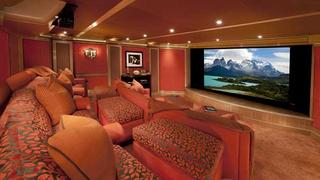 Attessa IV - the masterful rebuild that produced a superyacht masterpiece

People who don’t know Dennis Washington wonder why he rebuilds yachts instead of building new custom ones. For Washington, who made his mark in heavy industry, a good hull is his version of a clean sheet of paper; on it he builds his dream along the principles of what he perceives as the best of Dutch boat building. Redoing yachts is his passion, pleasure and relaxation.

His projects combine the talents of Seattle-based designer Glade Johnson, Washington’s wife Phyllis, and his captain Ted McCumber, who joined the band as captain of the first Attessa.

Yacht broker Merle Wood set this particular rebuild of Attessa IV in motion in the spring of 2007, by telling him that Chang Yung-fa, chairman of the Taiwanese Evergreen Group was ready to sell his 91-metre yacht Evergreen. Chang had the yacht designed by Diana and built at a commercial yard in Japan. It was a conservative yacht for a different type of cruising and culture, but Wood saw it had something in common with all the previous Attessas – good bones and a challenge. A month later Evergreen steamed into Vancouver via Hawaii.

Vancouver Shipyards has a corner devoted to Washington Yachting Group. It was here that a 30 x 90 metre floating shipyard was constructed on a barge, while engineering drawings were being made for Evergreen’s revival. Diana was retained to survey the hull and condition of the systems against the original documentation, while Gregory K. Marshall was hired as the naval architect for the new decks and superstructure.

The main deck and above were gutted to the shell, the mains and generators overhauled, virtually every bolt and wire was replaced, engines re-bedded, fuel tanks moved, flume tanks removed and the space stripped, soundproofed and painted. That and reconfiguring the crew areas, extending and widening the bow section, adding the folding mast, a forward tender garage with gull-wing doors, bulwarks that slide down and aft simultaneously to allow the large tenders — an 11.5 metre Novurania Chase and a 10 metre Riva — to be launched over the side, and the huge aluminium stern door that disappears completely from view down and under the aft deck sole.

Washington, as noted, liked the yacht’s size and overall structure, but thought it looked entirely too commercial, like a cruise ship. The puzzle he worked on was how to keep such a large vessel intimate, both inside and out. To control the vastness of the space, he envisioned Attessa IV having a waist at the area of the central ventilation and exhaust trunks amidships, and flares to widen the side decks fore and aft.

Indeed, the space is a vast canvas with 2,322.5 square metres of interior, including 1,672.25 square metres in owner and guest areas. From day one, Attessa IV was going to have a grand entrance area and stunning central circulation. The stairs, spiralling through five decks, are split into pairs of semi-circles divided by a fore and aft passageway, making a landing and foyer at each deck.

The show-stopper on Attessa IV, however, is on the deck above main, called the guest deck, where this lobby becomes an athwartships passage, as well as offering access to the walk-around side decks and side terraces. If the view itself, through the floor-to-ceiling windows and doors port and starboard, isn’t arresting enough, this lobby features three Botero sculptures.

Attessa IV's side terraces incorporate what Washington calls ‘flare-outs’, a series of graceful curves on each deck to eliminate the slab-sidedness of the original profile and remedy the straight deck sightlines.

There are four large, elegantly decorated guest suites on the guest deck and with the dining room/library forward and a saloon aft, followed by an alfresco dining space and sun pads, it is a deck with enough varied spaces and activities for an entire day. The forward dining saloon is worthy of particular note, as it is one of the cosiest spots aboard.

The master suite aboard _Attessa IV _is one deck above. Here the stair column on port is the backdrop for Washington’s desk, which is adjacent to large windows. There are entrances port and starboard to the master stateroom, which is an homage to the glamour of Hollywood in the 1930s.

The fireplace is an ultra romantic 19th-century English piece with statuary marble. A large bath and dressing area separates the stateroom from its sitting room, which features sapele joinery, leather chairs and another fireplace, this one a 19th-century French, Louis XV-style in verde marble. The colour scheme of the sitting room is primarily green as a bridge to their private aft deck lounge was done in navy blue and green tones.

Originally, the deck above was going to be a sundeck, then the Washingtons’ son bought a Chihuly chandelier at a charity fundraiser. It is a famous piece, more than 2.2 metres tall, and was part of a Chihuly exhibition in Venice in 1996. Searching for a way to incorporate the piece in Attessa IV, Washington and Johnson hit upon the idea of enclosing the sundeck with a composite superstructure and bumping up the centre with a dome five metres above floor level. The space and the piece seem made for each other and in fact this multi-function room, called the Chihuly Lounge, is one of Washington’s favourite spaces in the yacht.

Another favourite is the spa on the lower deck of Attessa IV, where numerous treatment rooms and a sauna lead to a gym and out onto the swim platform. Just forward of the spa are two more guest suites with king-size beds, and a pair of twin cabins Phyllis decorated for her grandchildren. And then there is the main deck cinema with its 3D capability and lighthearted adjacent lounge and bar.

Originally published in the January 2012 edition of Boat International

How to incorporate antiques in yacht design