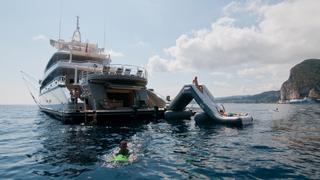 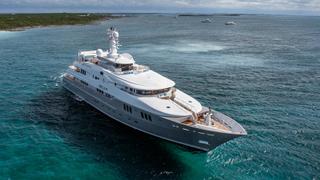 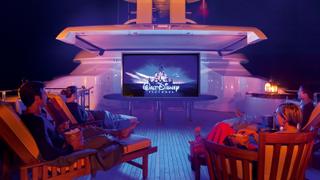 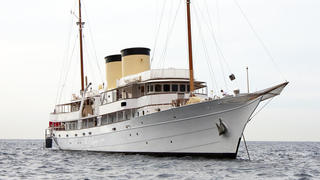 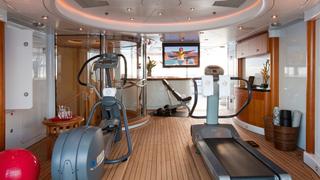 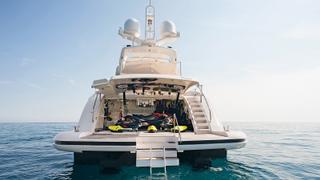 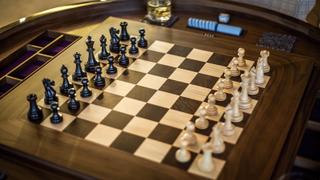 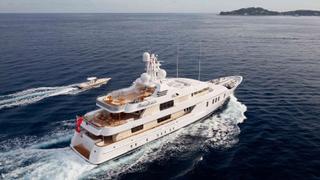 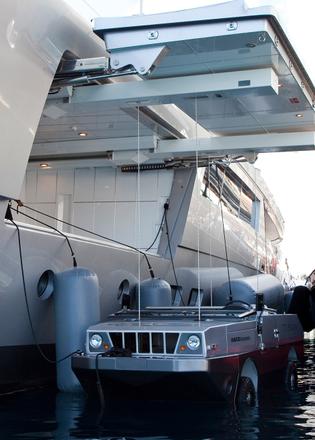 Imagine a boutique hotel on a private island or up a mountain. How would you equip it? That is the question that yacht designer Simon Rowell, of Bannenberg & Rowell, advises clients to ask themselves when commissioning or refitting a boat they would like to “earn its keep” on the charter market.

“You want everything there that a guest could reasonably expect to find without having to get the helicopter to sort it out. If we’re designing a superyacht for an owner, we approach it as something akin to a country house,” he says. With charter yachts, you need to think like a boutique hotelier.

In 2013 Bannenberg & Rowell unveiled the results of a two-year refit of the 60 metre Abeking & Rasmussen yacht Dream, whose owner had specified that he wanted a boat that would appeal to the charter market. “Having chartered extensively we knew what we wanted and, more importantly, we knew what didn’t work,” the owner said at the time of its relaunch.

To which end he specified “many more amenities” than you might expect to find on a “boat of her size” — a cinema, beach club, gym — not to mention a sophisticated contemporary interior that was uncluttered, well planned, hard wearing and, crucially, broadly appealing.

“Motor yachts are more popular for charter,” says Chris Cecil-Wright of the eponymous boutique brokerage, not least because they tend to be larger. But there are other practical reasons, too, he says, as “on a motor yacht the itinerary is less affected by weather conditions”.

That said, there’s more competition, as far more of the hundreds of superyachts available for charter are motor yachts rather than ones with sails, “though we do have clients who are passionate about sailing yachts.”

Poll a handful of charter brokers and, of the yachts they represent, the most sought-after for charters accommodate 10 to 12 guests and have a crew of seven to 15. However, as Molly Browne, a broker with Camper & Nicholsons, puts it: “There is a lot of variation in the market so there isn’t really an ‘ideal size’.” That said, Tamsin Priestley, director of charters at Y.CO, suggests the ideal guest to crew ratio is one to one.

Overall, the consensus is that contemporary style is more popular than traditional, although there are always exceptions. According to Priestley, Oasis (pictured above), an 11-year-old 59 metre Lürssen decorated in what Y.CO describes as “a traditional beach house style”, but one with a Steinway in its saloon, is one of the four most popular boats on its books.

Also among Y.CO’s bestsellers is Hanikon, a 50 metre Feadship built in 2004 and refitted in 2016 in an understated contemporary style by HB Design. But then, as Cecil-Wright notes, “larger Feadships are always in demand, often from clients who are thinking of buying or building one and want to try one first”.

How should the cabins be configured?

“When planning the layout of a yacht intended for charter, there’s an argument for full democracy, by which I mean trying to get rid of the distinction between the owner’s cabin and the rest of the guest cabins,” says Dickie Bannenberg, of Bannenberg & Rowell.

If a group of friends is chartering the boat together there’s always going to be a problem over who gets the biggest cabin. “I don’t know that anyone has yet taken this to its logical conclusion and built a boat with six identical cabins. But it’s worth thinking about.”

Bannenberg continues: “We used to manage Talitha (pictured above) and for many years she had a big Hollywood following. All sorts of people were invited to stay on her — Steven Spielberg, Tom Cruise, Francis Ford Coppola — and the question of who was going to get the owner’s cabin was always cropping up: the VIP guest or the principal charterer? So at the very least it is worth considering a VIP suite to rival the owner’s.”

Dining: in or out?

Guests will almost always opt to eat outside, but in case of bad weather you do need an indoor dining area, advises Molly Browne. “It’s important to ensure that the outdoor dining space seats the maximum number of guests and still allows sufficient access by the crew to ensure the right level of service,” she says. “It sounds obvious but isn’t always factored in.”

“Over the past decade the biggest change we’ve seen has been the move towards healthy living,” says Tamsin Priestley. A superyacht spa pool, though still desirable, no longer cuts it. “Larger yachts now need dedicated superyacht spas with saunas, hammams and gyms,” she says, the latter preferably with a sea view. Not to mention pools with resistance jets to swim against, and crew who are trained fitness coaches, yoga instructors, massage therapists, even nutritionists.

This should be borne in mind even if retrofitting a yacht. On Dream, Bannenberg & Rowell converted what had been the superyacht office into a gym. “It wasn’t the world’s biggest space,” says Simon Rowell, “but there was space for a treadmill and some free weights.”

“The inventory of water toys is always a big selling point and yachts are becoming very competitive in this respect,” says Cecil-Wright. In addition to tenders and RIBs, you’ll need water-skis, Jet Skis, SeaBobs and scuba equipment, as well as towable and non-motorised kit such as wakeboards, stand-up paddleboards, kayaks and kiteboards.

“When we were working on Dream,” says Rowell, “the owner thought that an inflatable slide into the water would make it appealing. And he was right.” The yacht was fitted with a FreeStyle Cruiser inflatable water slide. “And it’s chartering [from €370,000 a week] like crazy.” Just remember that you’ll need space to store it and a compressor to speed up the inflating and deflating process.

“Connection to the latest movies-on-demand server system is important,” says Bannenberg. As is a “cinema-sized” screen and the requisite technology with which to watch the films. Hence the 103-inch television in one yacht’s upper saloon, with a super-bright screen that means it can be watched in daylight (unlike TV projection systems that require blackouts).

In addition, deck cinemas are increasingly popular, as is a state-of-the-art audio system through which to stream music throughout the boat, controlled, as with the heating and air-con, by an iPad in each cabin. Shipyards tend to have their own preferred suppliers because of the complications of trying to co-ordinate the services and most therefore offer a comprehensive base package of entertainment that the owner can add to.

A charter client will expect Wi-Fi with speeds sufficient to download music and stream media content, and quite possibly to enable business conferencing. And they will also expect 3G connectivity when within sight of the coast and 4G in more popular destinations.

The cost of operating VSAT and other satellite systems can run into tens of thousands of euros per month. But, as Molly Browne points out: “The costs of satellite bills are coming down.” And in any case they tend to be the responsibility of the charterer so can be taken from the APA [advance provisioning allowance].

Should there be a lift?

A superyacht elevator on board is not essential but it’s definitely a plus. As Cecil-Wright says: “It does make life easier for the guests and it helps the crew operate efficiently.”

How much wear and tear should you expect?

Unless the leather upholstery you have selected is water resistant, you should probably reckon on replacing carpets and soft furnishings at least twice as often as you would on a yacht that you use only for yourself, counsels Browne. Because, as Cecil-Wright warns, “wear and tear is inevitable during a busy season”.

If the yacht is used for special events or corporate entertaining at static charters, he continues, insist the charterer pays for protective carpeting. And don’t be shy about asking for references from yachts that any potential charterer has taken in the past. You want them to respect the crew as well as the boat itself.

Which brings us to security

Obviously, you will need a safe, especially if you intend to leave personal effects on board when the yacht is chartered. Increasingly, the brand of choice seems to be the long established, family-run German specialist Döttling, which numbers among its clients Winch Design and the Lürssen and Sunseeker yards, and will supply just about any sort of secure compartment you can think of, from a lockable table-top humidor to a panic room.

So confident is the company in its products that it will guarantee the security of the contents of any onboard Döttling-made safe while a boat is moving, even if its door has been left open.

So is chartering worth the hassle?

Yes indeed. The consensus is that a popular charter yacht can certainly expect to cover its running costs. And Cecil-Wright is confident that “demand for the largest, newest yachts will exceed supply again in 2017”. Although don’t think of it as a money-spinner, he warns. Any profit tends to be a bonus.

When specifying the design, don’t restrict yourself to the yacht itself, advises Bannenberg. Tying in other ancillary items to your yacht’s “brand” can impress charterers and encourage positive word of mouth — a key marketing element.

A welcome note for each guest on stationery that bears the boat’s livery may score extra points with the charterer and members of his or her party. Or the provision, for instance, of “some smart bit of kit [a polo shirt, beach bag, bathrobe, for instance] with their name embroidered on it can make all the difference.”

First published in the April 2017 edition of Boat International.