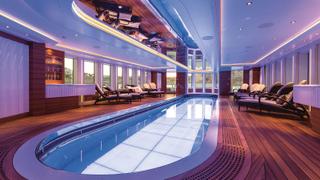 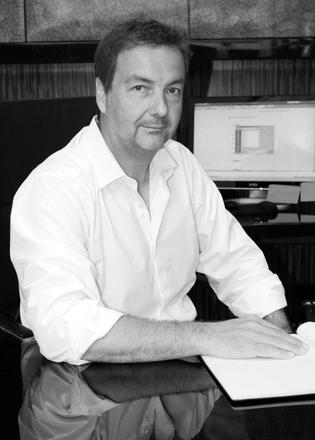 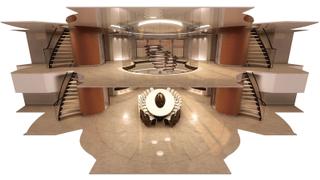 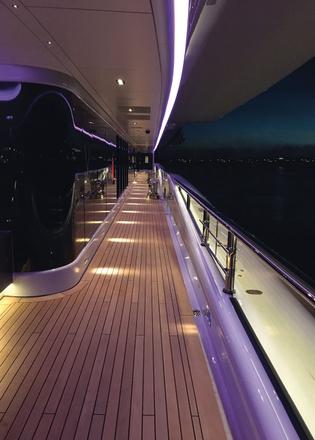 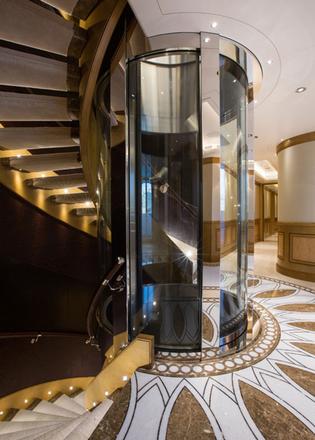 Lighting the way: Designer Jonny Horsfield on the importance of on board lighting

Whether highlighting the lines of the superstructure, bringing the outside in or creating the perfect party atmosphere, lighting and glass should be well considered, says Jonny Horsfield...

British-born Jonny Horsfield studied car design at university before discovering a passion for superyachts. Once set on boats, he learnt his trade working with designer Martin Francis, before spending five years under the renowned Donald Starkey. In 1994, he founded H2 Yacht Design.

Horsfield initially made a name for himself on refits, becoming something of an expert in the field. In 2005 he gained his first new-build project, working on the interior design of the 70.5 metre Proteksan superyacht Talisman C and the rest is history. From its studio in a quiet corner of Putney in London, H2 Yacht Design now works on exterior styling and interior design for both refit and new-build yachts, as well as on a number of high-end residential and aviation projects.

Horsfield insists that the studio has no signature style, approaching each project from scratch, but he is perhaps known for injecting a sense of fun into his projects. For the 82 metre Graceful, Horsfield built a hydraulic floor into the 18 metre swimming pool, which raises to transform the room into a nightclub or cinema. When it comes to concept yachts he is continually pushing boundaries; the futuristic 90 metre superyacht concept Mars has been fully engineered by Fincantieri Yachts and is now ready to start construction.

H2 Design’s biggest launch to date has been Lürssen’s 123 metre motor yacht Al Lusail, but it is currently working on the interior design for the 182.6 metre REV, due to launch in 2020. Awards include the ShowBoats Design Award in 2013 for the interior layout design of Proteksan superyacht Vicky.

Ten years ago lighting was seen as something to tick off the list, something very functional, and it tended to come under the responsibility of the exterior designer and the shipyard. We didn’t have big budgets for lighting and the fittings available were limited in choice: the quality was OK, but there wasn’t a lot of ‘finesse’ to them, let’s say. This has really changed in the past five or six years; clients have started investing more in lighting, and designers are understanding that it’s actually a very powerful tool in the interior and exterior design of a yacht.

The development in the exterior lighting of boats is interesting. We’ve recently worked on Al Lusail, installing rope lights along its superstructure. At night it highlights the impressive curves of the boat. On the deck, we fitted lights into recesses so that what you see is not the light itself but the source of the light; there are also ‘pop-ups’ in the ceilings so the light is not direct or glaring. The aim was to create ambient, atmospheric light.

Where interior lighting is concerned, we’re being far braver in bringing in less light, in a residential way. Rather than having a uniform light across the whole space, we’re highlighting features of the room, using light and dark areas for contrast. Control systems have improved so this gives the client flexibility to adjust the light when required.

Most of the time we’re creating lighting unique to the project. For instance, on Al Lusail we inserted real carbon fibre into the front of some of the light fittings for a ‘high-tech’ feel that suited the boat. We work with a British company called Light Corporation to make a lot of our bespoke fittings, as well as companies including Lasvit and Crystal Caviar.

The advent of LED and RGB has made a huge difference. We don’t have the heat issues, we’re not soaking up generator power, and these sorts of lights are also relatively maintenance free. I think this means clients are more willing to invest in lighting. On one of our current projects, a 74 metre Feadship, the owner wanted us to render the entire interior at night. He wasn’t interested in what it looked like in the day, just at night; that’s been a first for us.

There has been a big movement to more use of architectural glass in yachts. Most clients today want to bring the outside in, to experience the exterior of the environment that they’re in. We’re currently working on the REV, and it has almost wall-to-wall glass in its main cabins. From a functionality point of view we’re having to overcome the issue of a lack of traditional wall space: where do you put a wardrobe, where do you put a TV? We have the latter folding down from the ceiling – it’s retractable so as not to interrupt the view when it’s not in use.

We’re seeing far more bulwarks in glass and handrails in glass as well as interior architectural features such as glass staircases. We’re also incorporating more glass as wind control on deck, using sliding glass panels to give the owner the experience of being outside while still being protected from the elements.

Whether it’s creating a sense of space and openness through architectural glass or putting thought into light fittings, clients care more about lighting their boat than perhaps they once did. I think previously we were held back by what was available and technical constraints, but we’ve overcome a lot of these issues, so much more is possible.”

This article was orginally published in Superyacht Interiors, buy your copy here.

Softly does it: Stylish cushions for your superyacht