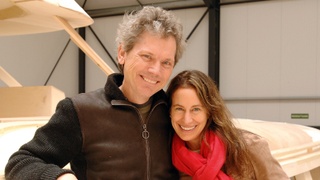 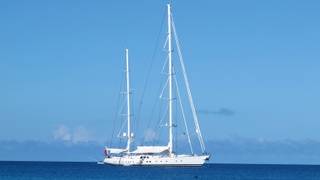 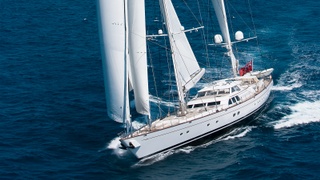 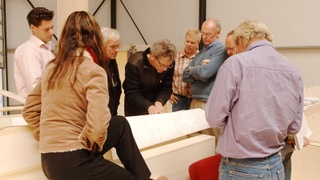 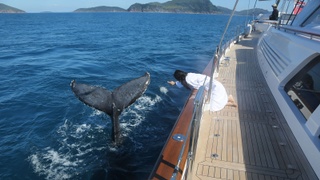 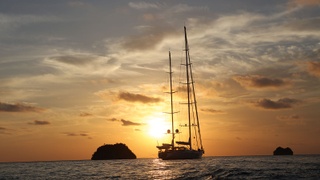 On board with Bill Joy, owner of 58m sailing yacht Ethereal

“A boat is a f﻿inite universe and we have to live with our resources,” says the computer software pioneer Bill Joy, as he talks fuel cells, decarbonising energy and designing and building his Royal Huisman ketch with Marilyn Mower

Bill Joy never set out to change the world – but that’s exactly what this unassuming Midwesterner did in the late 1970s when he turned the world of software development on its head. Armed with an electrical engineering degree from the University of Michigan, he was accepted to graduate programmes at Caltech and the University of California at Berkeley. Despite Caltech offering a teaching fellowship, he chose free-wheeling Berkeley and that made all the difference. “Reagan was the governor of California then and there had been massive budget cuts to education in the state. The campus computer facilities were decimated,” he recalls. “It was like a forest fire; everything is gone and then new green shoots start coming up.”

One of those new green shoots was Berkeley’s Computer Systems Research Group, which had managed to attract some money undertaking contract work for government agencies and corporations. One such contract given to Joy was to work with third-party software to run programs for an arm of the US Defense Department. Joy refused, saying he didn’t trust the third party’s code. Rather than risk a program failure, he went home and rewrote it. Hauled in to explain why he didn’t follow instructions, and asked how he thought he could rejig the software that keeps millions of bits of data moving in the right direction, he replied: “It’s simple – you read the protocol and write the language.” In a stroke, he had solved a significant instability problem and set the world of coding on a new course.

Forty years later, he remains every bit the soft- spoken pragmatist. Already a legend in software after his work at Berkeley, he was invited to join startup Sun Microsystems in the early 1980s to invent a smaller, simpler workstation and the enabling microprocessor that would take computing out of the realm of universities and governments and put it into industries. Soon, as a full partner, he led a team that invented Java, one of the most popular programming languages. This boosted Sun Microsystems into the stratosphere and put Joy into contact with other entrepreneurs such as Bruce Katz, the man behind the famous Rockport shoe brand of Massachusetts and owner of the 43.5-metre Royal Huisman sailing yacht Juliet. Their chance meeting during a business conference led first to a friendship and then directly to Joy building 58-metre sailing yacht Ethereal.

“It was sailing with Bruce aboard his Juliet; such a great experience. I actually met Bruce before he built Juliet. He had a lifelong dream of building [his own boat to sail around the world] and because we both like design, we talked a lot about it. I inherited that dream,” says Joy.

When the time came to fulfil his sailing dream, Joy wanted the same team that created Juliet: Ron Holland as naval architect with the late Pieter Beeldsnijder for the interior and Royal Huisman to build it. “I really wanted to do a project with Pieter,” says Joy. “Bruce’s description of working with him was just so great.” Beeldsnijder and Joy hit it off. “It was such a pleasure to watch him work. He was very much an old-school person. He wouldn’t sit at a computer, he would sketch with pencil. He could freehand perspective drawings. He was a wizard and he could make you understand how things were going to feel. He was such a joy to be around. His effervescent happiness in doing the design was infectious,” Joy recalls.

While Katz’s project was driven by emotion, Joy approached the build of his family-focused yacht with the mind of an engineer. “I’m not a sailor; I don’t sail the boat. I’m an engineer,” he admits. He and wife Shannon wanted everyone involved with the project to think outside of the box. Every system was challenged and optimised. At one point, Royal Huisman set up five tents in the yard as workshops so that the scientists, engineers and technicians the Joys brought into the project could be developing on site in immediate proximity to each other. The yacht, launched in 2009, was a living laboratory, with efficiency woven into every corner and system on board.

Ethereal features the first true hybrid solution installed on a yacht, with its 500kWh lithium-iron phosphate battery bank (chosen for its safety) resting under the corridor to the aft cabins. It is a system that still works as planned and some of the batteries, charged and discharged thousands of times, are original. In the boat’s 10-year survey completed last year, no changes were made to the propulsion or the batteries, which can either be used for silent operation of the vessel, a generator-free night at anchor or for peak shaving.

The boat’s energy grid is remarkably flexible and can charge batteries three ways – from shaft generators when the props are freewheeling under sail, turning under power of the main engines or via one of three relatively small gensets. Reducing the production of heat of everything from light bulbs and air conditioning to glass in portlights and deck hatches that reflects outdoor heat combined with substantial insulation means the boat’s hotel load is much less than others its size and volume.

“A boat is a finite universe and we have to live with our resources. We have to be conscious of how much power we can generate, how much water we can make and how much food we can carry in our self-contained world,” Joy notes firmly.

Living within limits is a key philosophy for both husband and wife. Shannon is a producer of documentary films such as Chasing Coral, Ghost Fleet, Mission Blue and her latest, Anote’s Ark. She’s also on the board of Mission Blue, Oceans 5, Wild Aid and EarthSense Foundation. Ethereal, Joy tells me, has been on many dive trips while videographers and scientists worked on the films. “Most of our sailing has been in the South Pacific, Palau and Raja Ampat, Melanesia, Micronesia, Indonesia, Polynesia – all the ‘nesias’ – and Tahiti. I like the diving and Shannon is working on a lot of conservation issues in those areas.”

It evidently irritates him that governments and corporations don’t seem to have grasped the urgency of the world’s environmental challenges. “People hear that CO2 is going up so many parts per year and it seems like they still have time. The funny thing is, there are tipping points. There is a point at which things are barely in balance and then you add a stressor and the forest that has become drier every year for 10 years because of climate change suddenly becomes a massive fire. The polluted water run-off in Florida becomes a catastrophic amount of red tide and blue- green algae. People ask ‘what happened?’, and it probably wasn’t very much, but there was a tipping point. The systems have lost their resilience. Along comes a stressor and they have nothing left to give,” he says.

He won’t be drawn on politics, stating plainly: “Biology and chemistry have no politics. We have assumed we could stay colouring within the margins by putting little restrictions on things but the cumulative overpressure is quite large. It offends a few people a lot if you try to stop it and it offends a lot of people a little if you don’t, until it becomes a catastrophe, at which point your choices may be limited.”

Today sees Joy still actively engaged in the investment sector, acting as principal and chief scientist of Water Street Capital, based in Jacksonville, Florida, in between his stints on board Ethereal, on which he spends around three months a year. The firm’s investment model is less quick-hit and more agent of change. Not surprisingly, Joy is focused on batteries and reformulating the energy grid. He has personally led financing for Ionic Materials, developer of a solid polymer to replace the liquid electrolyte in rechargeable batteries. “A lot of the materials you would like to use in a battery because they have good voltage potential and are light and cheap tend to not be materials that work well with a liquid [electrolyte],” he explains.

“For example, sulphur is something you would love to use in a battery. It’s light and almost free but when you put it with a liquid you get reactions creating all sorts of impurities that cause it to fail. If you use a polymer electrolyte, then you don’t have these reactions and you aren’t restricted on materials... we open up the whole periodic table. It could make radically better batteries. You don’t have to mine the deep ocean or the Congo for materials like cobalt and nickel. You could completely eliminate toxic lead acid batteries.”

After nearly two hours in Ethereal’s beautiful deck saloon, we’ve covered topics as diverse as fuel cells, decarbonising energy, a meat replacement made mostly out of peas, and why he’s still dubious about artificial intelligence and . We haven’t quite solved all the world’s problems, but I walk off the passarelle knowing there is a good man on the case.

Royal wave: On board with blue-blooded sailor Pierre Casiraghi