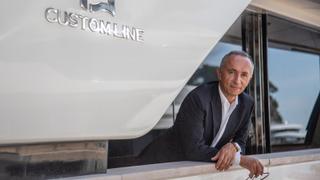 Buoyed by its successful licensing agreement with the Wally Yachts brand, the Group’s profit after tax represented a 29% increase year-on-year.

Other key figures include a consolidated production value of €669 million, an increase of 7.5% compared to 2017, and EBITDA of €53 million. The Group’s total assets, meanwhile, hit €1.14 billion.

The agreement with Wally Yachts, which was confirmed in January, has already seen the brand present the “restyled” 48 Wallytender. The deal saw Wally Yachts become the eighth company to join the Group’s portfolio. Ferretti Group chief executive Alberto Galassi revealed to Boat International earlier this year that acquisition remained key in his strategy for continued growth.

Reflecting on the results, Galassi commended the company’s shareholders for investing €154 million in research and development.

“To stay at the top and grow steadily as Ferretti Group has been doing for some years, it is necessary to move fast and remain responsive in a market that is constantly changing,” he said. He added that “a clear and elegant beauty lies even in numbers.”

“The 2018 fiscal year figures show us once again that making beautiful and unmistakable boats is still the best route to follow and the winning solution for success.”