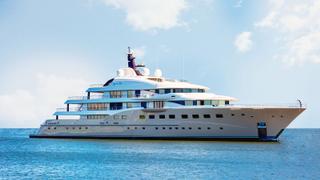 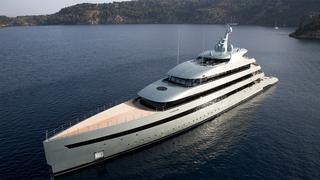 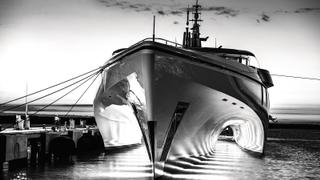 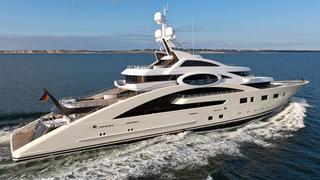 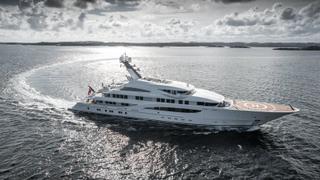 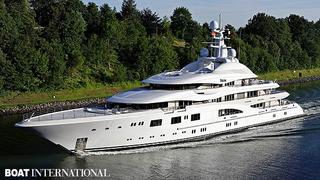 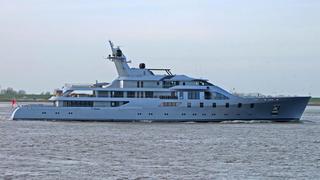 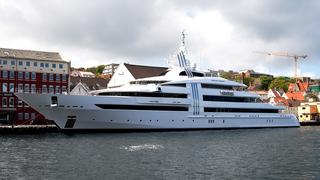 The first Amels LE272 yacht, Here Comes The Sun was launched on June 30, 2016. The client is a former Amels owner who wanted to trade up to a larger yacht, but without losing the sleek lines that the Dutch yard is known for. Key features include a 42 metre long owner's deck measuring 300 metres square and a superyacht beach club that spreads over 87 square metres of deck space.

Savannah is credited as being Feadship’s most innovative creation yet. Sleek lines from France’s CG Design and a “seafoam green” paint job conceal ground-breaking interior architecture by the same designers, with sweeping open-plan spaces and curving walls.

White Rabbit is the world’s biggest aluminium superyacht, the world’s biggest yacht with a trimaran hull, and the biggest superyacht built in Australia. She has been built for an experienced owner who has a number of other multihull superyachts. She is powered by a complex diesel-electric propulsion system, which includes six Caterpillar electrical generators (three in each ama, or outer hull) and two large electric STADT motors, which drive a Rolls-Royce variable pitch propeller in the centre hull, two Schottel continuous-duty water-jet stern thrusters in each ama and a Schottel rim thruster. All this will give her a top speed of 19 knots.

O’Ptasia joins a fleet of other boats built by the Golden Yachts shipyard that also carry the unusual O’ branding, including 2011’s O’Pati and 2015’s O’Pari 3 (now Natalina A). She has been built as an unapologetic charter machine, commanding €800,000 a week. She has guest accommodation for 24, including two large forward-facing VIP suites – one of 85m2 on the main deck and one of 95m2 on the deck above. Back aft, leading on to the stern platform, there is an 85m2 beach club, which includes a steam room, massage and beauty parlour and bar. On the top deck there is a gymnasium that opens out on to a 5m swimming pool, while the touch-and-go helipad is on the foredeck.

The 85 metre superyacht Ace, previously known as Project Rocky, was recently launched and delivered from Lürssen’s Rendsburg yard. Designed by Andrew Winch Designs both inside and out, this yacht has an unusual profile with large side arches surmounted by oval side balconies. Her ‘classic’ interior accommodates 12 guests in six cabins over five decks.

Delivered by Lürssen in July 2017, Areti was built to PYC classification, meaning she can accommodate up to 18 guests. Her star features include a fully-equipped superyacht beach club, complete with sauna, hammam, Jacuzzi and plunge pool. Meanwhile, the owner's suite includes a private deck, which has been fitted with another Jacuzzi, as well as an al fresco breakfast nook.

Under the supervision of Moran Yacht & Ship, Lürssen launched Valerie, formerly known as Project Firebird, at the end of March 2011 from their facility in Rendsburg. The 85 metre Valerie’s exterior of was designed by Espen Øino International and the yacht’s interior was designed by London-based Reymond Langton Design.

Launched in June 2013, the 85.1 metre Solandge (formerly Project Niki) left Lürssen’s Rendsburg yard in November 2013 to head to Stavanger in Norway. Solandge is designed by Espen Øino. Built in steel and aluminium, she has a beam of 13.8m.

New to the world’s charter fleet, she can accommodate 12 guests in eight cabins with a dedicated deck for the owner. Her crew is composed of 29 crew members in 15 cabins. The contemporary interior, designed by Eileen Rodriguez, has classical touches and a mix a rare materials including 49 stone selections and 33 exotic woods.

During her sea trials, she reached a top speed of 18 knots and a cruising speed of 12 knots, and she has a range of 6,000 nautical miles at that speed.

The 85.2 metre Pacific, formerly known as Project Josi, launched in fall 2010 from the Lürssen shipyard in Vegesack. The unusual exterior styling of the yacht comes from the drawing board of the Argentinean naval architect German Frers, who is known primarily for sailing yachts, while the interior of Pacific was created by Bannenberg & Rowell Design of London. Large glass panels surround the owner’s suite which has a very private area forward.

Delivered at the end of April 2009, this project marks the third time that the talented Italian design house Nuvolari Lenard has been involved with Oceanco and the first time it has been responsible for both the exterior styling and the interior design. The design has many unusual features, including an astonishing atrium that not only provides light for the staircase connecting the main and sun decks but also allows panoramic exterior views.

Vibrant Curiosity's modern interior can best be described as a mixture of luxury and sobriety. Accommodation includes a master suite, a VIP suite with his-and-hers bathrooms, five double VIP suites and two double guest cabins. Guests are looked after by a 26-member crew.